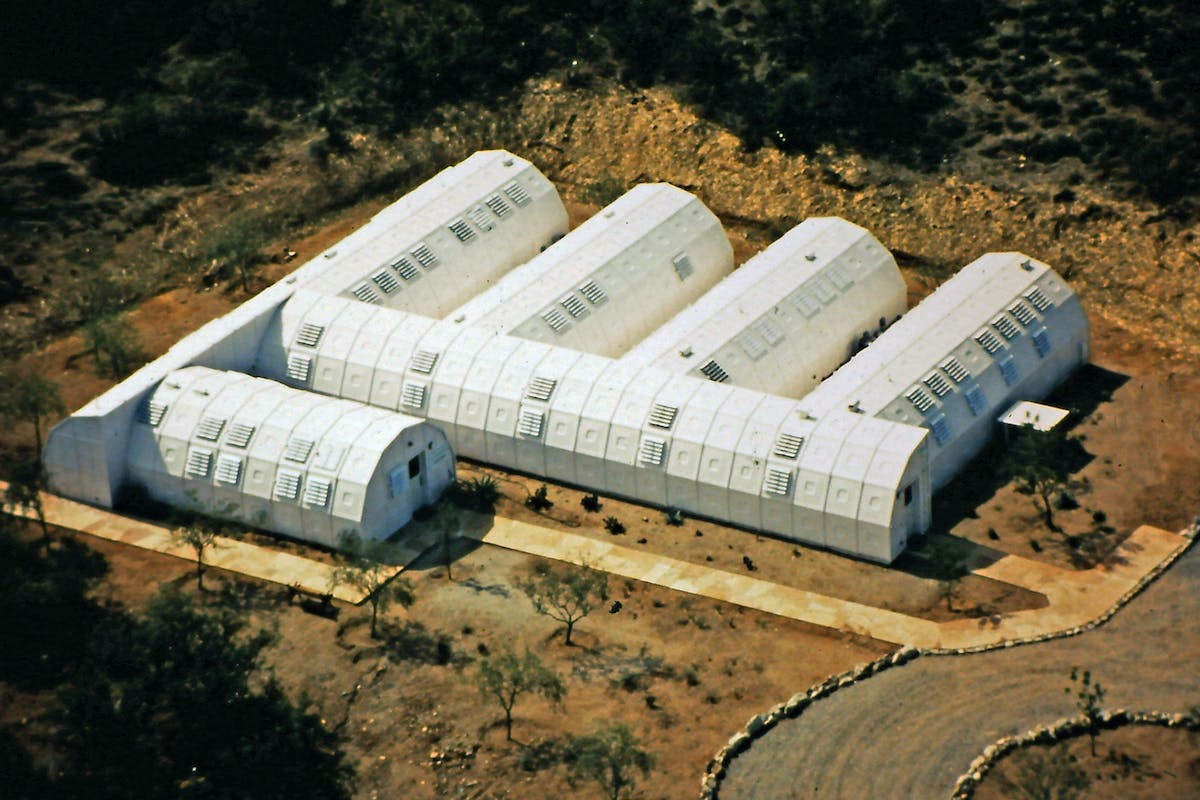 In the mid 1980s Michael Jantzen designed this prefabricated, small-scale, modular, energy efficient, relocatable building system. The basic idea was to create a very flexible energy efficient building system that could be assembled in a short time almost anywhere by two people with simple hand tools, in remote parts of the world.

The structures also had to be very strong, and the components had to be lightweight enough so two people could assemble them without the need for heavy equipment. The lightweight components however had to be heavily insulated in order to reduce the amount of energy needed for heating and cooling the interiors of the structures. The basic building components had to be designed so they could be easily assembled to form many different kinds of buildings of different sizes and shapes. In addition, the building system had to include its own modular steel frames onto which the insulated structural components could be attached in order to eliminate the need for conventional foundations. Another self-imposed challenge was to design all of the components in a way that did not require any kind of conventional loose fasteners such as nails, screws or bolts used to connect the components together. Because these structures were designed for use in remote areas, it was also desirable to create a building system that could accommodate human habitation completely off of the conventional energy grid.

The final design focused on the creation of a series of insulated structural wood panels that clipped together to form arches and half arches, which in turn formed full and half vaults. The vaults were assembled onto elevated modular steel frames that locked together and sat onto self-leveling structural support legs and footpads anchored into the ground. The full and half vaults could be assembled together into many different shapes and sizes to accommodate many different kinds of uses. The insulated structural wood panels could be covered with different kinds of weatherproof cladding, including thermo formed recyclable plastic that was used in the design of the first prototypes. These large thermo formed plastic components simply hooked onto the insulated structural wood panels and overlapped in ways that did not require any kind of additional sealants for waterproofing.

The finishing of the interior of the structures functioned in a similar way as the exterior. Where the structural insulated panels joined together on the inside, raceways were formed into which quick connect wiring and plumbing could be placed. Interior wall finishing panels of various kinds could be simply hooked onto the structural panels. Some of those could contain lights and/or other amenities. In some of Michael’s designs for the interior panels, complete furniture modules were incorporated so that those elements could simply be folded out of the panels for use inside of the structures.