Electric cars used to be boring and slow, but now lots of people love them. This is largely due to one car, the Tesla Model S. It’s been in production for almost a decade, and in that time, we’ve been obsessing over everything from the batteries to screen glitches and door handles.

Even after all these years, there’s nothing quite like the Tesla Model S. But although this has been one of the most popular luxury vehicles, it hasn’t received updates like its German or Japanese counterparts.

The Tesla sedan has theoretically competed with no less than three generations of the other iconic S-badged car, the Mercedes S-Class. The W221 stuck around until 2013, was followed by the revolutionary W222, and now the W223 with its giant tablet infotainment.

We actually think that Tesla is smart. It’s designed a car that sells like a consumer product, like iPhone, and so its features are what make each year’s model different instead of the bumper or grille design. However, the original shape isn’t as good as it could have been.

Today, YouTube artist TheSketchMonkey tries to undo this work of the 2010s and create an all-new Model S. He argues that the smaller Model 3 has a more emotional exterior because it’s further down in the range. However, we just think this has to do with the age difference.

Regardless, the lines used for the next-gen Model S are taken from the Roadster II. That’s down to one simple reason: the recently released facelift for the sedan looks similar to the pre-production electric sports car, so that’s the design direction of the company.

For this rendering, he sets some pretty clear design goals. First, a kind of hockey stick element is added to the profile of the car. This is to give the Model S dynamism. And after that, the front end needs to come down even lower. Why? Because it’s apparently a Tesla trademark, plus that’s what you get when you Photoshop in a Roadster nose.

And lastly, a few sports car-like elements are added, such as the aero side skirts and the wider rear shoulders. Together, these changes make for a faster-looking Model S, not that anybody doubts the quickness of the car. 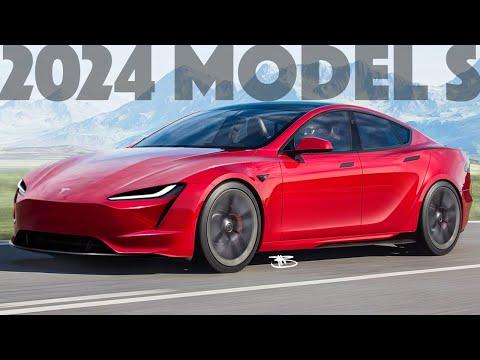