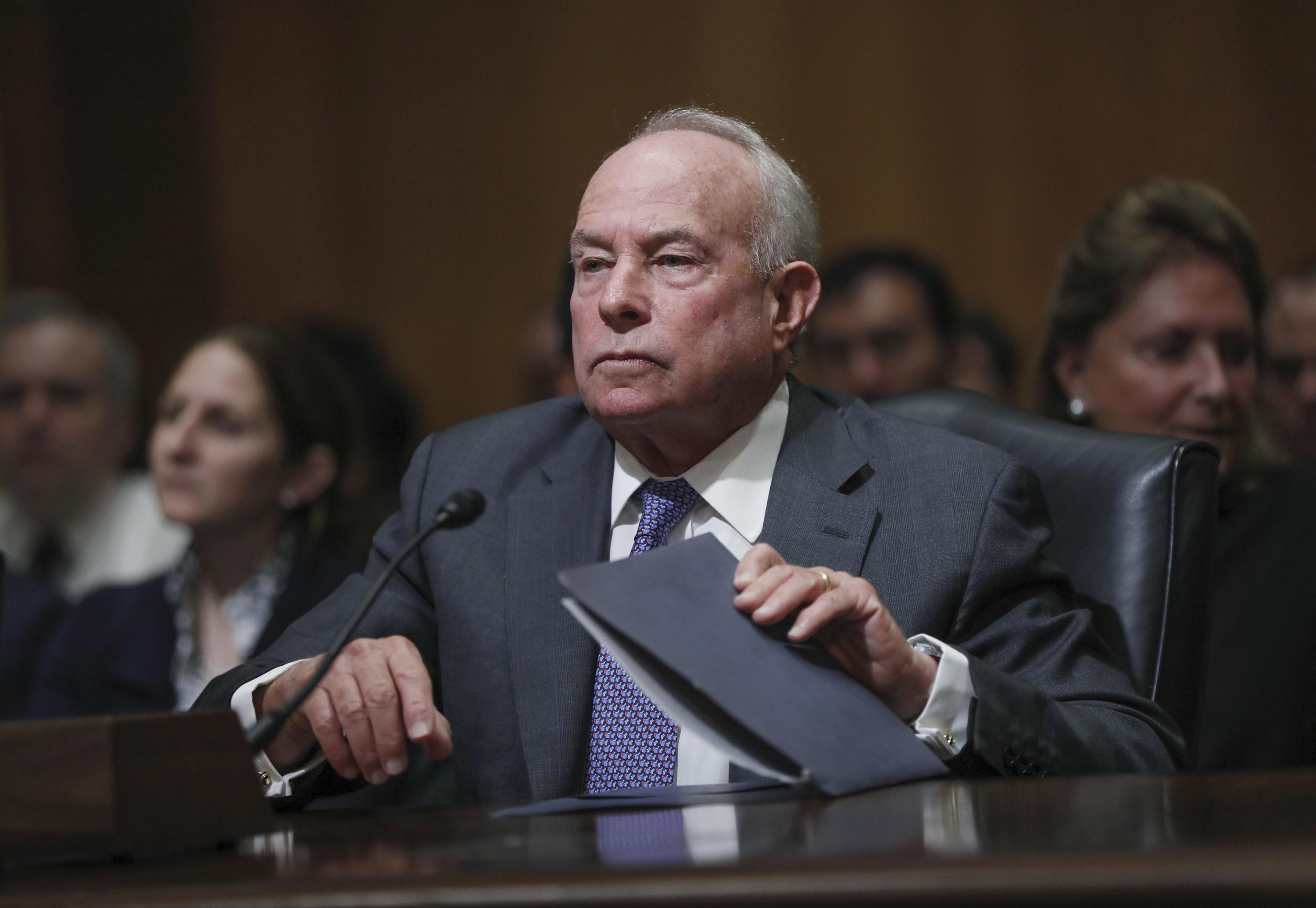 WASHINGTON (AP) — President Joe Biden on Friday fired the commissioner of Social Security after the official refused to resign, and Biden accepted the deputy commissioner’s resignation, the White House said.

Biden asked commissioner Andrew Saul to resign, and his employment was terminated after he refused the Democratic president’s request, a White House official said.

Deputy Commissioner David Black agreed to resign, said the official, who spoke on condition of anonymity to discuss personnel matters.

Both officials had been put in place under President Donald Trump, a Republican.

Kijakazi currently is the deputy commissioner for retirement and disability policy at the Social Security Administration.

Saul’s removal followed a Justice Department legal opinion that found he could be removed, despite a statute that says he could only be fired for neglecting his duties or malfeasance.

The opinion — researched at the request of the White House — concluded that a reevaluation because of a recent Supreme Court ruling meant that Saul could be fired by the president at will.

Biden’s move got immediate support from the Democratic senator who would be in charge of confirming a successor to Saul. Republican lawmakers accused Biden of politicizing the agency and pointed to Saul’s confirmation by a bipartisan Senate vote in 2019.

Senate Finance Committee Chairman Ron Wyden, D-Ore., said in a statement that “every president should chose the personnel that will best carry out their vision for the country.

“To fulfill President Biden’s bold vision for improving and expanding Social Security, he needs his people in charge,” Wyden added, pledging to work to confirm a new commissioner “as swiftly as possible.”

Rep. Bill Pascrell, D-N.J., who several months ago began demanding the ouster of Saul and Black, celebrated their Friday firings.

The agency, headquartered in Baltimore, pays benefits, funded by a tax on wages paid by employers and employees, to about 64 million people, including retirees, children, widows and widowers, according to its website. The agency has a staff of about 60,000 employees.

Customize your cinnamon rolls at this vegan bakery