To truly minimize a car’s environmental impact, automakers need to do more than eliminate tailpipes. Unveiled earlier this week at the Munich auto show, the BMW i Vision Circular concept feature not only an electric powertrain, but also sustainable construction.

The compact EV is based on the idea of a “circular economy,” where materials are continually reused, rather than discarded at the end of a single product’s lifespan, as in the conventional linear economy.

To that end, the i Vision Circular concept is made from nearly 100% recycled materials, and is itself 100% recyclable, BMW said in a press release. 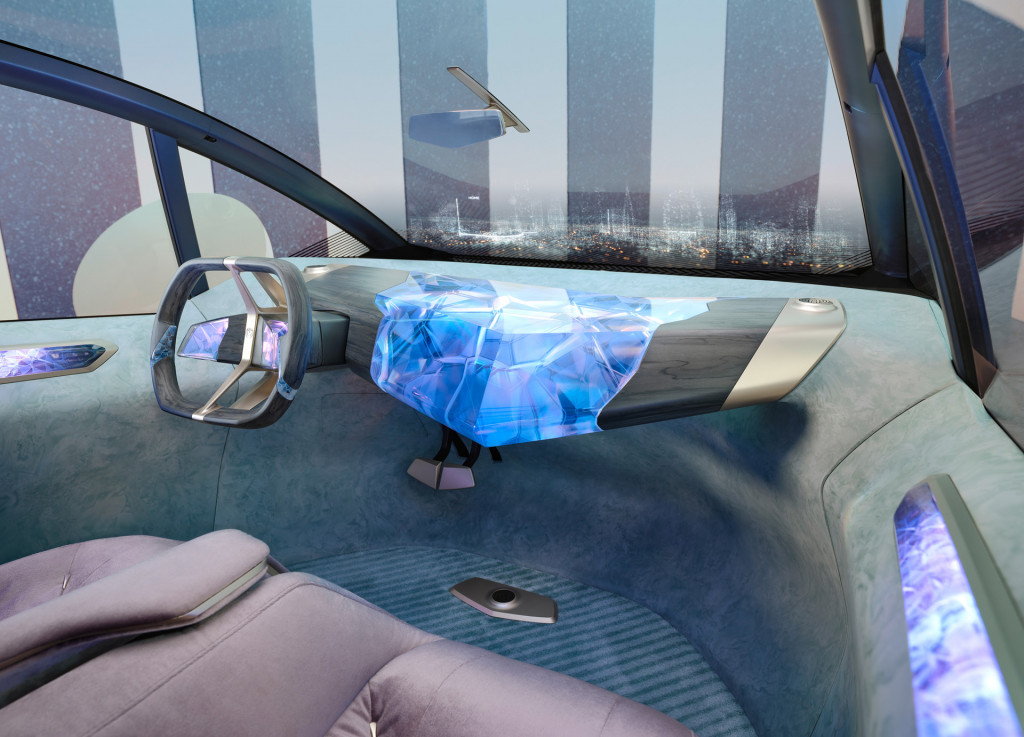 That starts with the powertrain. BMW said no rare earth metals were used, and the battery pack is comprised of solid-state cells made from materials sourced almost entirely from the current recycling loop, the automaker claims.

BMW also used 3D printing for many interior components, which further helps reduce waste, the automaker noted. The process produces less scrap material, and whatever isn’t used can be fed back into the production cycle as raw material.

The i Vision Circular concept isn’t destined for production, but BMW is experimenting with recycled and sustainable materials. In the run up to the concept’s unveiling, BMW mentioned partnerships with BASF and the ALBA Group on the use of recycled plastic in cars, for example. 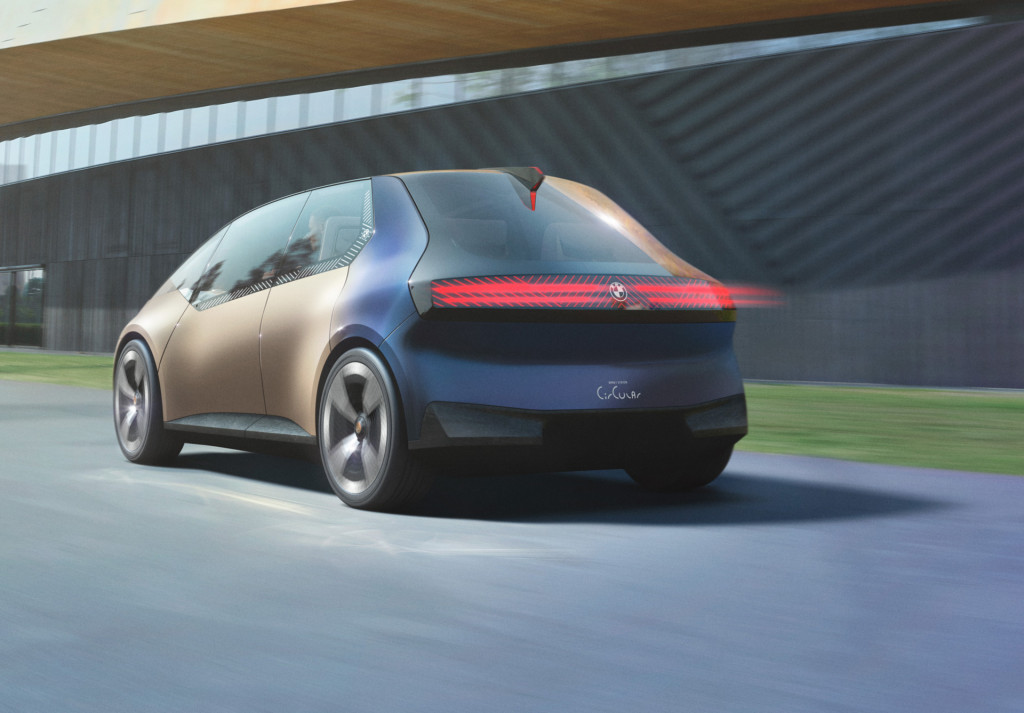 Some ideas from the i Vision Circular concept might also make it into BMW’s next-generation EVs, dubbed “Neue Klasse” (German for “New Class”), which are due to start arriving around 2025. It all goes toward BMW’s recently-announced goal of reducing lifecycle carbon-dioxide (CO2) emissions 40% by 2030.

BMW’s Mini brand also recently showed its own sustainability-focused concept car. The Mini Strip concept showed that minimalism could or should be something considered in a sustainability approach.

Both recent concepts follow in the tire tracks of the BMW i3, which featured a radical design that incorporated some sustainably-sourced materials. BMW has built over 200,000 of them, but dropped the i3 from the U.S. earlier this year.