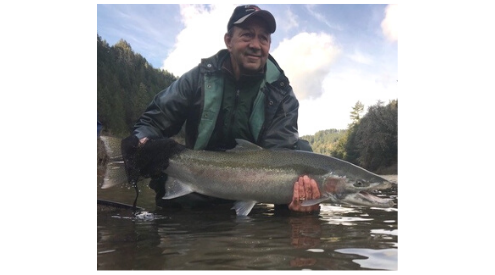 “Brad has spent his career developing and marshaling relationships with everyone from hunters and anglers to congressional leaders and strengthening the Federation’s institutions so that we can achieve substantive victories for wildlife, land, waters, and people,” said Collin O’Mara, president and CEO of the National Wildlife Federation. “With a command of the challenges and issues the Federation faces, Brad has set the national agenda for our advocacy in the years to come and continues to work tirelessly in Arizona to see this vision become a reality.”

“It’s a great honor to receive the Charlie Shaw Conservation Partnership award. There is no higher honor than to be recognized by your peers for work that you are truly passionate about,” said Powell.  “Cooperation and strong partnerships are essential for organizations like the Arizona Wildlife Federation, the National Wildlife Federation, and its affiliate family to achieve long-term success in wildlife conservation.”

The Charlie Shaw Conservation Partnership Award honors individuals who have demonstrated a true appreciation for the value and potential of the National Wildlife Federation-affiliate partnership. Powell was honored during the National Wildlife Federation’s annual meeting and 85th anniversary celebration, which was held for the second time as a virtual event this year.