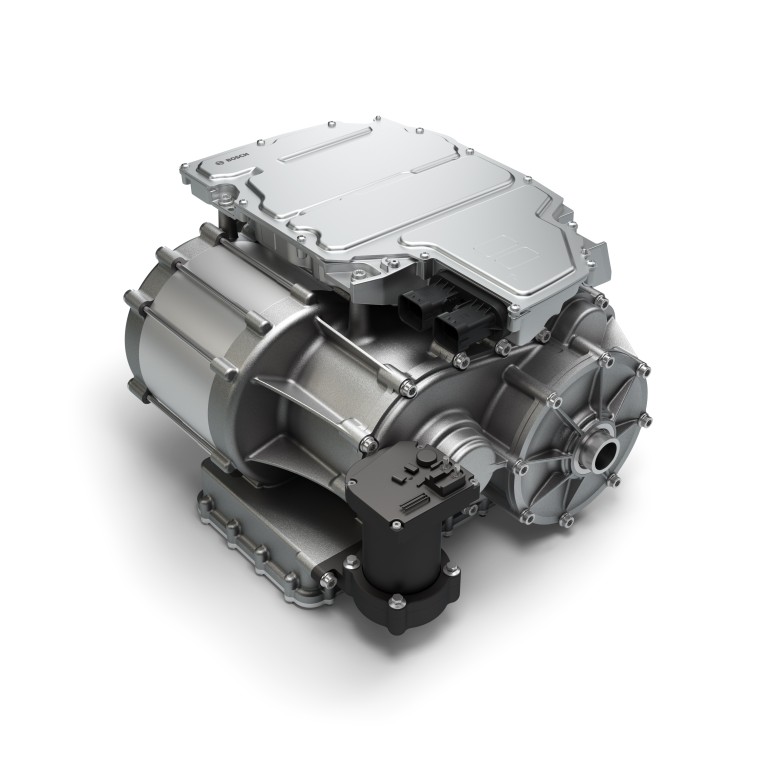 There are only a handful of production electric vehicles ever made that use multi-speed transmissions. Ironically, BMW used to be one, as the BMW i8 had a two-speed transmission for its front electric motor. However, the only two EVs to currently use such tech are the Porsche Taycan and Audi e-tron GT, which use a two-speed ‘box at the rear motor.

For the most part, all EVs use a single-speed gear reduction system for their electric motors, with no additional gears to change. That’s due to an electric motor’s immense power and high-rpm capability, thus reducing the need for gears. However, at higher speeds, EVs run at extremely high rpms, which reduces efficiency and range. While a traditional gearbox would only add drivetrain loss, thus reducing efficiency anyway, the Bosche’s new EV CVT transmission might actually be an interesting solution.

The new Bosch CVT4EV transmission is a pushbelt-style CVT that changes the gear ratio by increasing the diameter of the belt’s pulley. It can change to a nearly infinite number of gear ratios, for any given speed or rpm, to help increase efficiency. The idea is that it can help create more torque with less rpm, therefor allowing the EV to use less energy at high speeds. It can also increase torque for towing, as well.

If it can effectively increase torque, without adding much drivetrain loss, Bosche’s new EV CVT can drastically improve range, especially at high speed. If it can do that, battery packs can be smaller, while still maintaining similar ranges. The CVT4EV transmission is also modular, meaning it can fit a wide range of applications; from SUVs, to sports cars, to heavy-duty trucks.

Typically, car enthusiasts frown on CVTs, for their unnatural feel. However, that unnatural feel would be eliminated in an electric vehicle, which doesn’t have gear changes anyway. In fact, it likely wouldn’t feel any different at all. So you’d be getting all of the benefits of the CVT transmission; better performance, increased efficiency, better towing; without any of the annoying downsides of a traditional CVT. It will be interesting to see if this Bosch unit makes its way into some EVs in the near future.