Elon Musk teased another feature of his popular spacecraft, and it is the Rapid Reusability Rockets, saying that Falcon 9 has less maintenance work and cost with every use, with Starship and Super Heavy at zero. This means that SpaceX is not spending as much funds or resources on its reusable rockets, but saves more on its use.

One might think that SpaceX is spending too much money in keeping or maintaining a rocket like Falcon 9, which already passed its tenth flight milestone and believed lifespan. However, that is where people are wrong, especially as the CEO reveals how much work it needs to keep it up and running. 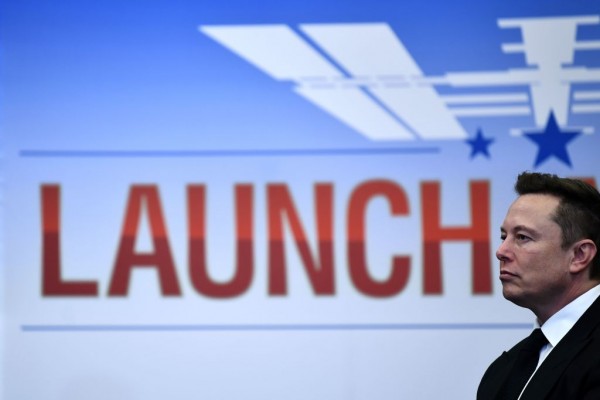 (Photo : BRENDAN SMIALOWSKI/AFP via Getty Images)
US-SPACE-NASA-SPACEX-AEROSPACE-SCIENCE Elon Musk looks on as US President Donald Trump attends SpaceX launch at the Kennedy Space Center in Florida on May 27, 2020. – US President Donald Trump travels to Florida to see the historic first manned launch of the SpaceX Falcon 9 rocket with the Crew Dragon spacecraft, the first to launch from Cape Canaveral since the end of the space shuttle program in 2011. (Photo by Brendan Smialowski / AFP)

Recently, SpaceX achieved success on its first on-shore landing of the year, launched and returned at Cape Canaveral, Florida, which forewent its traditional return on drone ships or offshore. The successful mission of the Falcon made Elon Musk more active on social media and address a lot of questions.

One of which was targeted on his recent tweet about the “Rapid Reusability Rockets RRR,” with a pirate sign on the side.

Here, a Twitter user has asked about whether SpaceX spends as much money as building a new rocket, on refurbishing its Falcon 9 between each flight to get it ready and capable of handling another usage of it.

Here, Musk replied that the Falcon 9 costs “less and less” between each flight, and this means that refurbishing it or getting it ready every reuse does not cost SpaceX a fortune. Then, the CEO revealed that its Stainless Steel spacecraft, Starship, and its Super Heavy Rocket booster will have “Zero” costs every time it would be reused.

SpaceX has popularized the use of reusable rocketships and has been one of its pioneers and innovators in the modern age, which made the company famous and save on a lot of its missions. This was a win-win for them, especially as it gave SpaceX a notion that it is a sustainable company, coming from an Earth advocate CEO.

The Falcon 9 is the older version of the reusable rocket, and it has exhibited a lot of missions where it has been reused a lot of times, each mission turning out to be a success until recent times.

It would soon be replaced by the tandem of Starship and Super Heavy Rocket, which are more maintenance-free compared to Falcon 9, as revealed by Musk. Note that July was the target date for a full-stack flight, and it is right around the corner.

When will Falcon 9 Retire?

Currently, there are no announcements as to when the Falcon 9 will retire, but it would surely be used less and less for Starlink’s mission that would bring satellites to orbit, as Starship will take over. Having said this, it seems like Falcon 9 will soon have its absence on the launch fields of SpaceX, once the stainless steel spacecraft is operational.

GovExec Daily: Whistleblowing in the U.S.

How do I update Snapchat? Apple app store...