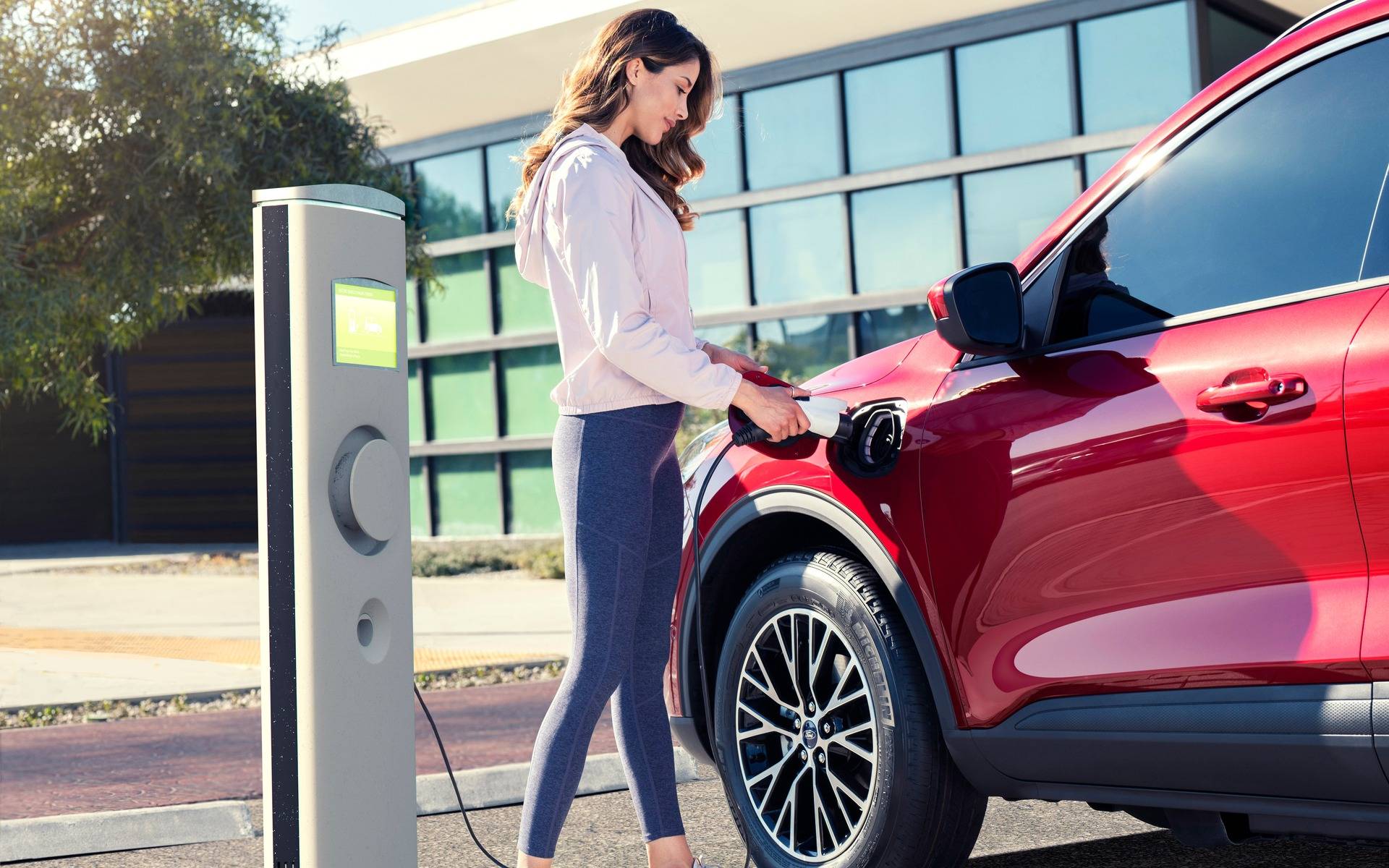 Ford says the ’21 Escape plug-in hybrid has an EPA-estimated economy rating of 105 MPGe combined, better than the original EPA estimate of 102 MPGe.

The rating is equivalent to 40 mpg (5.9 L/100 km) combined city/highway for the CUV now arriving at Ford dealers. The ’21 Escape’s EPA-estimated all-electric range is 37 miles (60 km). The 2021 model’s engine and hybrid system are carried over from the 2020 Escape PHEV, which also had an electric-only range of 37 miles.

MPGe, or miles per gallon of gasoline equivalent, is an EPA metric for comparing the amount of energy consumed by alternative-fuel vehicles – including those partially powered by electricity, such as the Escape PHEV – to what traditional gas-powered vehicles consume.

The ’21 Escape PHEV starts under $35,000. It features Ford’s fourth-generation hybrid propulsion system, which includes a 2.5L Atkinson cycle 4-cyl. linked to an electronic CVT. The plug-in hybrid system is available on every Escape trim level except S and SE Sport.

The PHEV’s liquid-cooled, 14.4-kWh lithium-ion battery sits below the second-row seats, freeing up room for passengers and cargo. The CUV’s Level 1/Level 2 AC charging port allows a 120V household socket to fully charge the battery in 10 to 11 hours, while using a 240V Level 2 charger reduces that time to about 3.5 hours.

4 Tips for PSPs to Improve Their Sales and Marketing