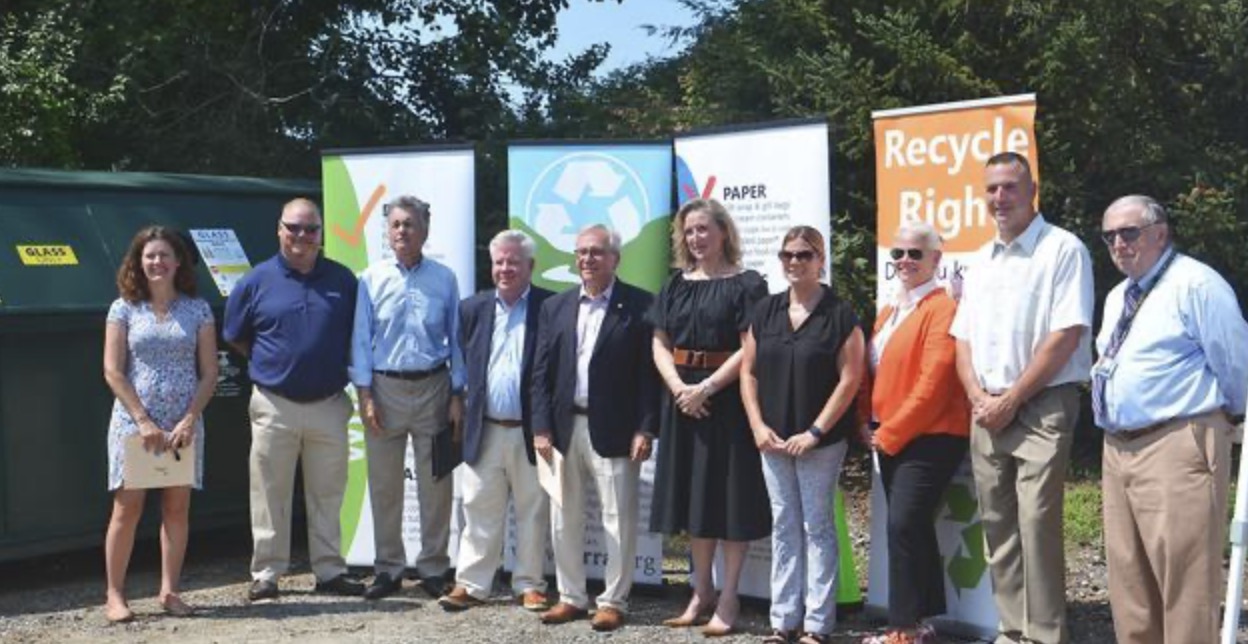 The Housatonic Resources Recovery Authority (HRRA) — a regional, governmental, waste management, and recycling authority that serves 14 Connecticut municipalities, including Newtown — hosted a press conference at the Brookfield Town Hall August 26 to announce its new glass recycling program. Newtown was part of the pilot program for the initiative thanks to a partnership between Newtown Public Works and the HRRA. The new system will permit local residents to either bring glass recyclables to the Newtown transfer station, or continue putting qualified glass recyclables in their curbside recycling containers.

Fred Hurley, director of public works, said, “We have added a new low boy container at grade level to make glass deposits easier for the residents.” “The quality of glass that this produces cuts everyone’s cost, because it becomes a valuable product instead of another solid waste expense in our household garbage stream,” he added.

Hurley said there are no definitive plans to do a separate glass pickup curbside at this time but that is being studied. “In the meantime [residents can bring] all ‘acceptable glass,’ which means unbroken beverage and food containers but not window glass, mirrors, or similar items to be deposited at the transfer station,” he said.

During the briefing, HRRA Executive Director Jennifer A. Heaton-Jones personally thanked Hurley and Public Works Administrator Arlene Miles for their support with the glass recycling program. Welcoming everyone to the day’s press conference was Brookfield First Selectman Stephen Dunn who shared that the new glass recycling program is “an important start and milestone for getting our recycling up the way it should.”