Is Uber raising your fare based on your battery percentage? 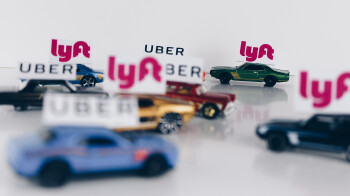 The topic of privacy has been a heated one for some time now, and if you are wary of large companies taking a peek into your life without you knowing, you would not be the only one. Recently, a Twitter user reported some peculiar coincidence with the Uber and Lyft apps.

The report comes from Sarah (NerdyAndNatural), and she claims that both transport applications bump up your ride fare when they detect your mobile device is low on battery.

Sarah gives a personal example, explaining an instance where her phone battery dropped to 18%, and at the same time, the ride’s price jumped to a staggering $81. According to her, this same trip usually costs about $25-$30.

Interestingly the price immediately dropped the moment she charged her phone back to 25%.

Unfortunately, the thread of comments below this Twitter post does not do much with bringing any further clarity or proof to these claims. Some claim they’ve experienced similar instances, while others who have gone and tried to replicate the supposed jump in price have failed to do so.

This does not go to say that it’s entirely impossible Uber and Lyft are doing something “dirty” behind the scenes, but for now, at least, there is no concrete proof of any nefarious actions.

Back in 2016 was when this first picked up some attention. Keith Chen, Uber’s then head of economic research, commented on the topic in an NPR’s Hidden Brain podcast episode. He said that the company noticed interesting behavior among users when using the Uber app.

It was observed that clients are more likely to accept surge pricing if their phone is about to die. Chen then continued to clarify that Uber does not use this information to push higher surge prices and noted it as simply an interesting observation of human behavior.

According to MobileSyrup, who reached out to Uber Canada, the only variables that the app uses to determine your fare are booking fees, distance rates, taxes, surcharges for places like airports, and surge prices. The latter was very likely the reason for the high pricing that Sarah came across.

Have you ever had similar experiences to Sarah? Also, will you keep a closer eye on your Uber and Lyft prices from now on? What are your thoughts?

Train To Become A Certified Apple Support Pro For Just $30