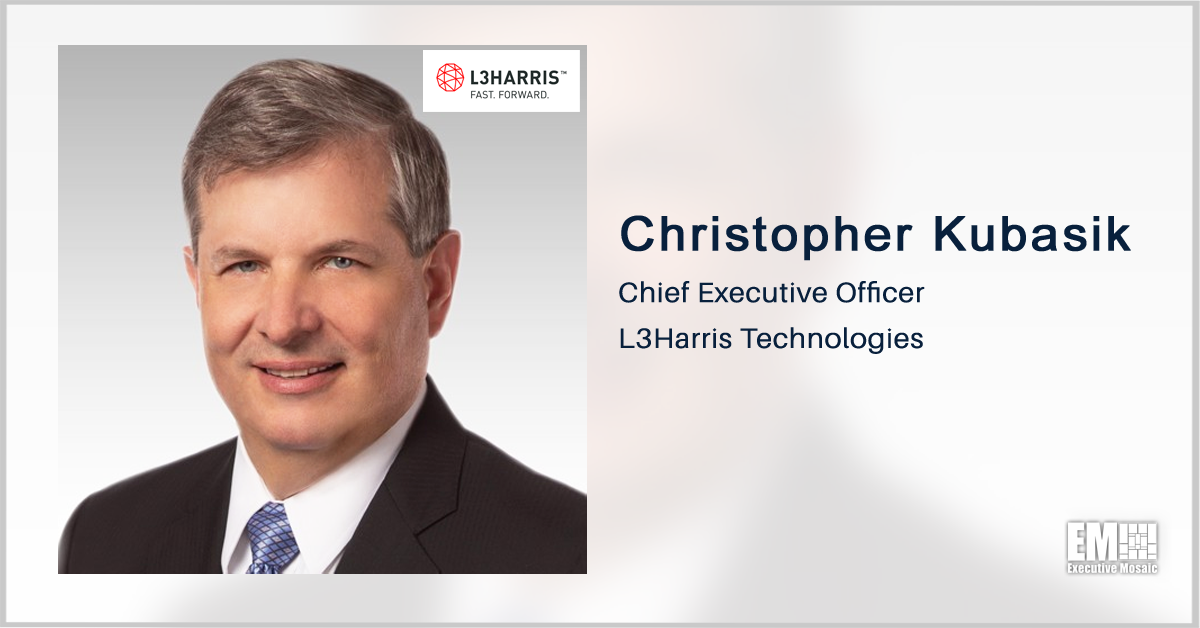 Christopher Kubasik, CEO of L3Harris Technologies and a three-time Wash100 Award winner, said he expects to broaden the defense technology company’s focus on international partnerships as part of a push to build up its global presence, launch new technologies and meet clients’ demands for end-to-end platforms.

“I look forward to travelling again to develop new partnerships and to expand existing relationships, helping our allies overcome their toughest technology challenges,” Kubasik said in a statement published Wednesday.

He said the company could use its resources and capabilities to help allies address their security, economic and industrial needs.

Kubasik succeeded William Brown as CEO of L3Harris on Tuesday as part of the L3 Technologies-Harris merger agreement announced in October 2018. Brown, a previous Wash100 awardee, assumed the role of executive chairman of the board.