The United Launch Alliance was the original recipient for the space flight but it suddenly withdrew due to the lack of Atlas 5 vehicles. 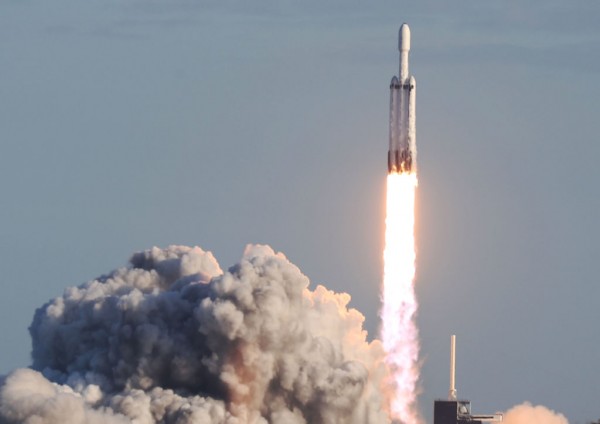 According to a report by Financial Times on Sunday, Sept.12, NASA said that the $12.5-million contract will start in Florida’s Kennedy Space Center.

The said mission will focus on monitoring the space weather from geostationary orbit.

Additionally, NASA will deliver atmospheric measurements not just for the weather but also for the Earth’s oceans and other environments.

For its granted contract, SpaceX will be operating for the GOES-U mission. NASA said that it handed the mission to Elon Musk’s company last Friday, Sept.10.

Previously, the GOES-R mission took place in 2016 before it was rebranded as GOES-16. Meanwhile, the GOES-S, which was turned into GOES-17, was released in 2018.

The GOES-17 satellite is immediately replaced by GOES-TO, which will be launched in early 2022. The reason why GOES-17’s operation was replaced is because of the problems from the Advanced Baseline Imager.

What’s Next For ULA After Withdrawing From NASA’s Contract

From another article written by SpaceNews.com, there was no exact reason why NASA chose SpaceX for the GOES-U mission.

In comparison to the contract value, the previous GOES-T to ULA was valued at $167.7 million. It was slightly higher compared to SpaceX’s GOES-U launch.

As per Jessica Rye, the spokesperson from ULA, the reason why they withdrew from NASA’s GOES-U mission is the unavailability of Atlas 5 rockets.

According to Rye, the said space vehicles have been sold to the customers at that time that’s why they have no way anymore to push the bid.

Right now, ULA is gearing up for the launch of the Vulcan Centaur rocket in 2022. There will be no Atlas 5 vehicles this year, as per chief executive Tory Bruno.

The Falcon Heavy of SpaceX will be launched for the GOES-U mission a few years from now. It is not the first time that it has been involved in the space contract.

SpaceX’s rocket was also included in the Jupiter exploration in 2024 as part of the Europa Clipper mission. In addition, Elon Musk’s space firm will also make use of the Falcon Heavy for the Astrobotic contract.

This week, SpaceX has reinstalled Super Heavy Booster 4 in just over a month. There are 29 Raptors engines placed on the super rocket.

In other news, SpaceX has also joined the NFT craze following Inspiration4’s plan to bring non-fungible tokens and Time magazines to space.

Later, they will be auctioned upon returning to Earth.