After Brexit, there was a concern about the fate of Nissan’s Sunderland plant. Would the Japanese company shut it down? On July 1, 2021, Nissan dismissed these concerns by announcing EV36Zero, a £1 billion investment to transform the Sunderland plant into an electric vehicle hub. Apparently, it will also have an all-new EV there, with investments of £423 million only to manufacture it in that facility.

This electric crossover was said to replace the Nissan Leaf by some media outlets, but that role was already with the Ariya. Weirdly, this new EV will also sit on the CMF-EV platform, which would make it compete with the Ariya if they had the same size. Luckily, Nissan’s teaser image gives us some hints on what this new electric crossover will be.

The picture reveals a vehicle that seems lower and longer than the Nissan Ariya, which suggests a higher price tag. That is something the information about a new cell plant there confirms.

According to the press release, Envision AESC will be Nissan’s partner in the EV36Zero – as it is with Renault. It will expand its factory in Sunderland to 9 GWh with an investment of £450 million. With that, the current 300 employees will see 450 more join the facility. The issue is that we have conflicting information about its future capacity. Despite what the press release states, the image created to summarize the information mentions it will be 7.5 GWh.

We got in touch with Nissan to clarify this, but let’s suppose that what the press release states is more reliable than the image reveals. With 9 GWh, Nissan intends to manufacture 100,000 units of this new EV in Sunderland. We did the math and it revealed that the new electric crossover would have a 90 kWh battery pack, the largest one available for the Ariya. Again, that suggests we are talking about a D-segment vehicle.

It makes perfect sense. Nissan will not export this EV as easily as it shipped Leafs when the UK was part of the European Union. A vehicle with a higher profit margin has more chances to compete in other markets and to be exported.

That would be fantastic both to Nissan and to Envision AESC. The battery supplier plans to invest £1.8 billion there to expand that capacity to up to 35 GWh and manpower to 4,500 people by 2030.

Both the Sunderland plant and Envision AESC’s factory will be powered by a microgrid composed of solar and wind generation. That microgrid alone will demand £80 million and prevent the emission of 55,000 tons of carbon dioxide in the atmosphere. 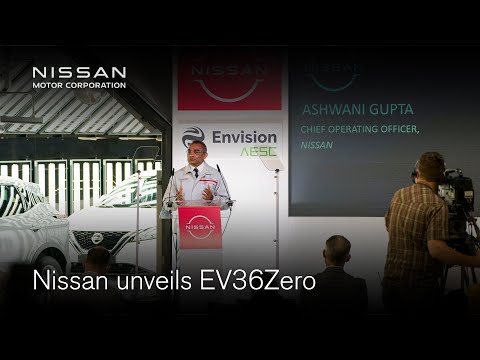 Minister: Calls to merge Channel 4 with ITV an interesting possibility