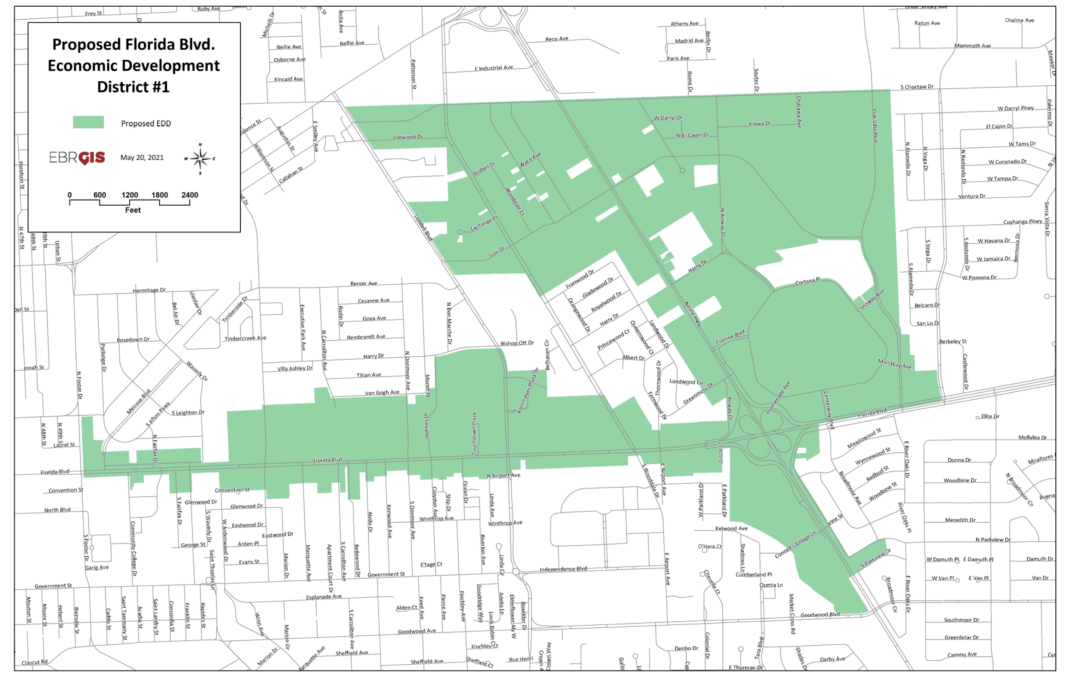 Mayor Sharon Weston Broome’s administration will ask the Metro Council on Wednesday to approve a cooperative endeavor agreement with a new taxing district created to support redevelopment and economic activity along Florida Boulevard.

The Cortana Corridor Economic Development District, as the new entity is called, will be funded with tax increment financing.

All sales tax revenues generated within the district above the current baseline—nearly $5 million a year, according to the proposed legislation—will go to the district.

Because of economic activity associated with the redevelopment of the former Cortana Mall site at the intersection of Florida Boulevard and Airline Highway into an Amazon distribution facility, sales tax revenues are expected to increase in the months to come, though the legislation does not include any projections of how much the new district might reap on an annual basis.

As an independent political subdivision created by the state more than a decade ago, the agency is able to create taxing districts, which it can then run.

According to the terms of the proposed agreement, Build Baton Rouge will run the district and be paid the equivalent of 5% a year of revenues generated by the district for its administrative services.

Build Baton Rouge President and CEO Chris Tyson says the primary goal at this point is to do a comprehensive plan for the area.

“We have seen how a comprehensive plan has helped us in the redevelopment of other areas,” he says. “When we think about how to leverage philanthropic and impact investing, none of that happens without a serious plan.”
Tyson could not estimate how much the district might generate or how much Build Baton Rouge is expecting to be paid for its services.

The city of Baton Rouge also will receive 1% of revenues generated by the district for administering sales tax collections.

While much of the activity in the corridor, at least in the short term, will be around the construction of the new Amazon facility, sales of all construction materials are exempted for five years, according to the terms of the agreement.

Tyson estimates there will be plenty of other taxable activity generated by work on the facility as well as increased activity at Baton Rouge General’s Mid City campus and from MovEBR projects.

“There is a lot of activity and attention on Florida Boulevard right now,” he says “The time was right.”

Though the boundaries of the Cortana Corridor EDD overlap to an extent with those of the Baton Rouge North Economic Development District, Tyson says he doesn’t see any conflict.

“They’re totally separate,” he says. “I believe they’re funded by a hotel-motel tax in that area.”

The council meets to consider the EDD agreement and other items Wednesday at 4 p.m. at City Hall.