Solar Panels are a Pain to Recycle. These Companies are Trying to Fix That. 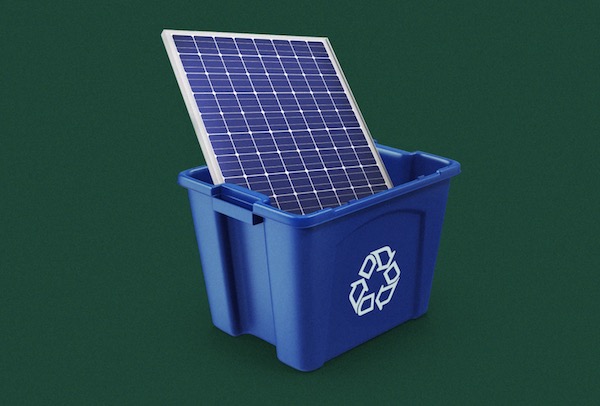 Millions of solar panels have been installed in the last two decades—and since they typically last between 25 and 30 years, many will soon be ready for retirement and probably headed to a landfill. But new efforts to recycle these panels could reduce both the amount of waste and the new material that needs to be mined.

Only about 10% of panels in the US are recycled—it isn’t mandated by federal regulations, and recycling the devices is currently much more expensive than just discarding them. But the materials in solar panels coming offline each year could be worth an estimated $2 billion by 2050. New efforts, including one approach from a French startup called ROSI, are trying to recapture these valuable materials, especially silver and silicon, to make recycling the panels more financially viable.

Expanding solar-power production is key to reducing emissions worldwide. Globally, solar panels produced 720 terawatt-hours of energy in 2019, accounting for around 3% of the world’s electricity generation. And it took about 46 million metric tons of solar panels to do it.

About 8 million metric tons of decommissioned solar panels could accumulate globally by 2030. By 2050, that number could reach 80 million. Recycling these panels could provide a new source for materials that would otherwise need to be mined (potentially under unsafe or exploitative working conditions), making solar a more sustainable piece of the clean-energy puzzle.

The latest version of LibreOffice is more compatible with MS Office