Spotted Smart ForTwo Crossblade for sale Normal car too boring? Like being stared at? Nonchalant in the face of flying gravel? Step this way… 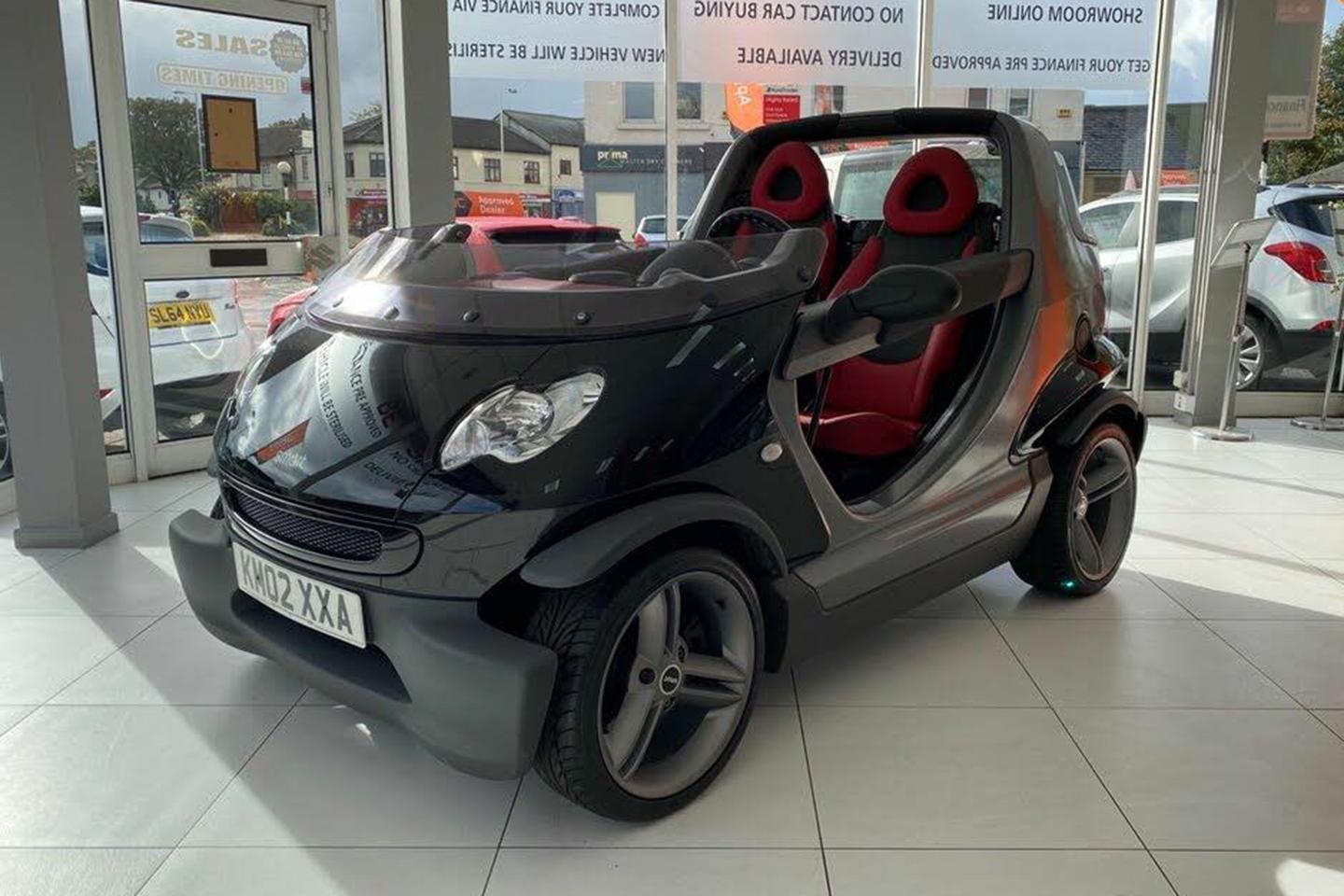 Normally I have a penchant for things rare and big and preferably vee-eighty. Six cylinders are also fine, but today’s spotted has just half that number. It is rare, though. It’s a Smart ForTwo Crossblade. Right, stop sniggering at the back. Yes, this one is the price of a new Volkswagen Polo, but £22,000 isn’t an erroneous blip on the fiscal scatter graph of the genre. It’s at the upper end of what they go for, sure – but not outlandishly priced by any means. And as I said, it’s rare; a lot rarer than a Volkswagen Polo. Have you ever seen one on the road, in the flesh? No, I didn’t think so, because they built just 2,000 of them back in 2002. Each one is individually numbered, and Robbie Williams bought number eight.

Now, Williams was renowned for being off the wall, so the Crossblade suited him to a tee. It’s quite possibly the maddest thing this side of Mad Jack McMad, winner of the Mr Madman competition. Don’t discount it for being bonkers, though. Smart only built it after unveiling the concept at the 2001 Geneva Motor Show, under the strapline of ‘less is more,’ and the ensuing (largely positive) frenzy proved that enough people wanted one.

Still do, because otherwise these cars wouldn’t be hitting the ticket prices they clearly do, and even if you argue it’s not highly collectable right now, history tells us that it probably will be. This is exactly the kind of thing that offbeat collectors love. How many times have you been bumbling around a classic car show and heard “Oh, crikey, do you remember those? Who’d have thought they’re worth (substitute stupid number here) now.” 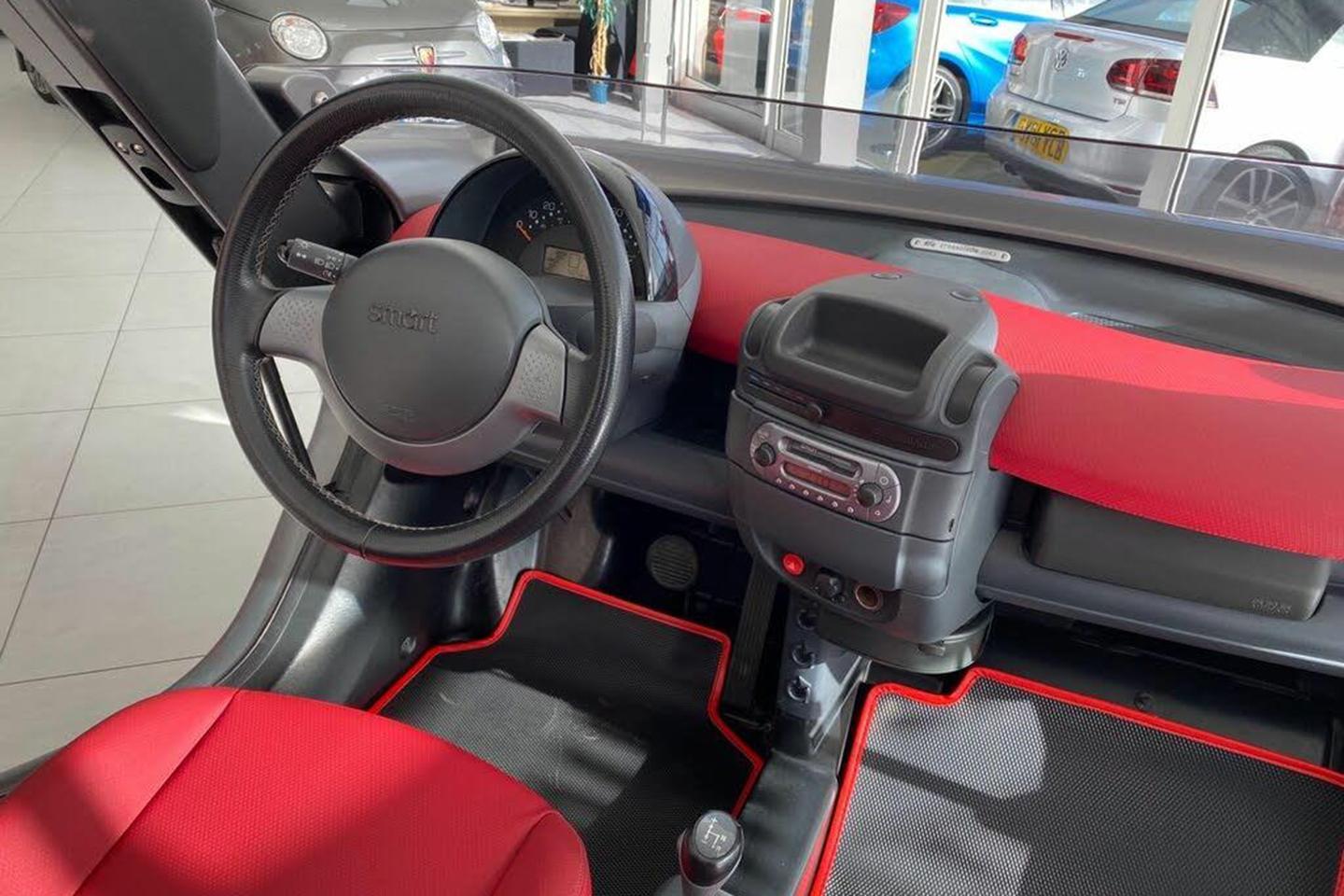 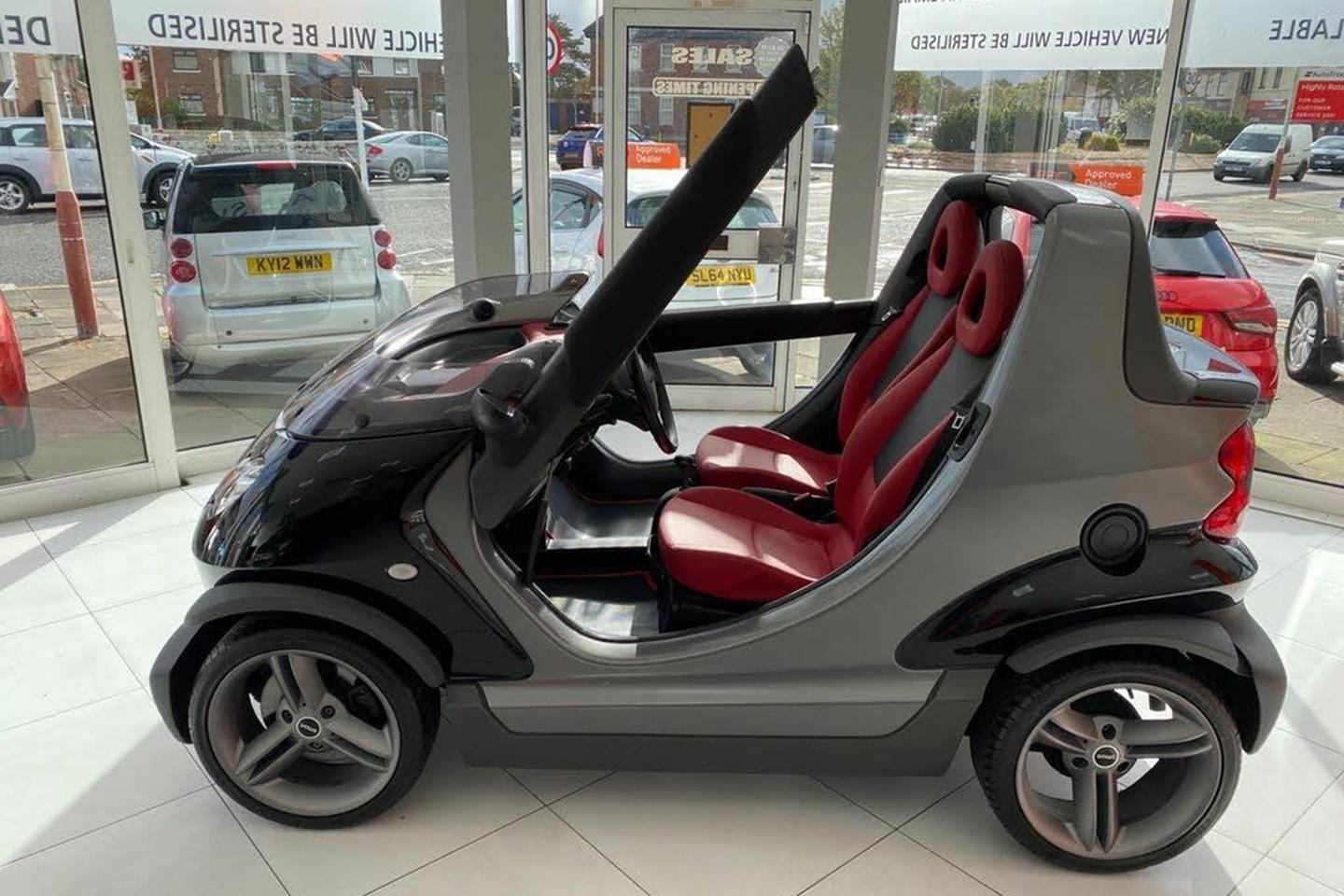 Still not convinced? Fair enough. I’ll carry on, then. It’s rear-engined, with a motor that’s been tweaked by Brabus. It comes with an automated manual ‘box, like a Ferrari F355 and weighs just 740kg, because of its paired back body with no windscreen. Anyone who’s anyone wants to be seen in a car without a windscreen these days, and they’re willing to fork out the big bucks for the privilege. We’ve had the Ferrari Pininfarina Sergio (£2.5m), the Aston Martin V12 Speedster (£750K) and the McLaren Elva (£1.4m) – although I fear Smart may not have invested quite as much time as McLaren did on creating an air bubble to keep your bouffant in order at 70mph. Still, at one-sixty-third of the Elva’s price, you pays your money and makes your choice.

The point here is this: I am not seriously trying to convince you that this is an exotic car, I am trying to suggest that, not unlike the new 3-Wheeler being unveiled next month, that it might be quite fun. If you own a holiday home, somewhere in the Mediterranean, say, and fancy a car to zip about in, isn’t this ideal? I think it would be fantastic. Plus there’s a good chance that were you to park it next to something extremely exotic, this little twenty-grand Smart would garner plenty of the attention.

Moreover, it’s obviously handily small, simple to maintain, cheap to run, a left-hooker and hasn’t got a roof. Plus it doesn’t have doors, so when carefree locals park next to you they won’t have anything to dent. Of the 2,000 made, this one is number 63, which makes it a pretty early example, and, perhaps unsurprisingly, it has only accumulated 5k miles in two decades. It even looks good in two-tone black and grey with red seats. See the joy, that’s all I am saying.

After a dispute: the Fahrenschon family continues to organize Waldsommer