The Next-Generation Batteries Needed to Make Flying Cars a Reality

Electric vertical takeoff and landing (eVTOL) vehicles – the flying cars and mobility devices that were once the realm of science fiction – could be a reality in the near future thanks to the latest breakthroughs in battery design. Researchers exploring the potential of batteries to power such electronic flying vehicles believe that futuristic technology is viable now. 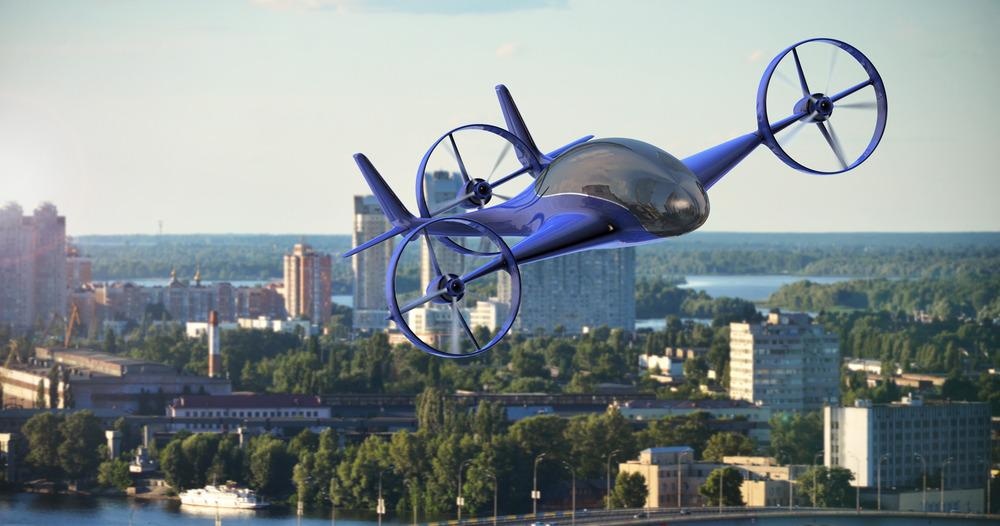 Flying Cars: The Future of Transportation

The Beijing Institute of Technology scientists behind the study, published in Joule, defined the minimum technical requirements needed for batteries to make flying cars work. The paper also included a report on a prototype battery that the researchers believe is appropriate for eVTOL vehicles produced with current technology.

However, eVTOL vehicles pose unique and difficult challenges for batteries. They need a very high energy density to enable the vehicles to stay in the air for long enough to make them useful.

They would also need to be capable of very high-power output during take-off and landing – overcoming the pull of gravity remains one of the toughest engineering challenges to solve.

In addition to requiring high-energy density and high-power output capacity, batteries for eVTOL vehicles must also be capable of being rapidly recharged. Such vehicles are likely to be used in high-volume markets such as big cities, where they will need to frequently take off, land, and recharge for the next journey.

Most battery designs feature trade-offs between these three attributes of some degree or another because they all work against each other. Charging is slowed down by high-energy-density, while fast charging typically results in fewer possible recharging cycles.

In addition to overcoming these significant challenges, batteries for flying vehicles must also be designed with minimal weight penalties. eVTOL vehicles will have to reduce as much weight as possible to get the most out of their batteries’ energy supply.

A New Battery for Flying Cars

The Beijing researchers were able to accomplish the significant feat of producing a battery that met their high standards for batteries for eVTOL vehicles. Their energy-dense lithium-ion batteries can power a 50-mile eVTOL trip, recharge in under 10 minutes, and sustain over 2,000 quick charges before deteriorating.

The new battery was developed from cutting-edge electric vehicle (EV) batteries that the Beijing team had already been working on. However, by heating the battery they enabled it to charge rapidly without lithium spikes forming. These spikes damage the battery and can make it dangerous.

Heating also helped to keep the battery charging time as low as possible. Usually, battery charging slows down as charge increases and there is less “space” for the energy to be squeezed into. However, when the battery is heated, this effect is minimized, and charging can be kept under 10 minutes.

Heating the battery also enabled it to rapidly discharge its energy, allowing for the high output necessary for take-off and landing procedures. Heating was performed using a nickel foil to rapidly increase the temperature to 60 ℃.

When Will We See Flying Cars?

The authors of the study believe that, with their prototype battery, eVTOL vehicles – flying cars – could already be viable. However, scaling the technology and marrying it to materials and engineering at affordable price points remains a challenge. As well as the technical challenges, entirely new regulatory frameworks and infrastructure will need to be developed.

While flying cars will not be over our heads in the next few years, the technology to make them work may already be here.

Disclaimer: The views expressed here are those of the author expressed in their private capacity and do not necessarily represent the views of AZoM.com Limited T/A AZoNetwork the owner and operator of this website. This disclaimer forms part of the Terms and conditions of use of this website.

How to Set the Budget for Your Facebook Ad via @sejournal, @michellemsem