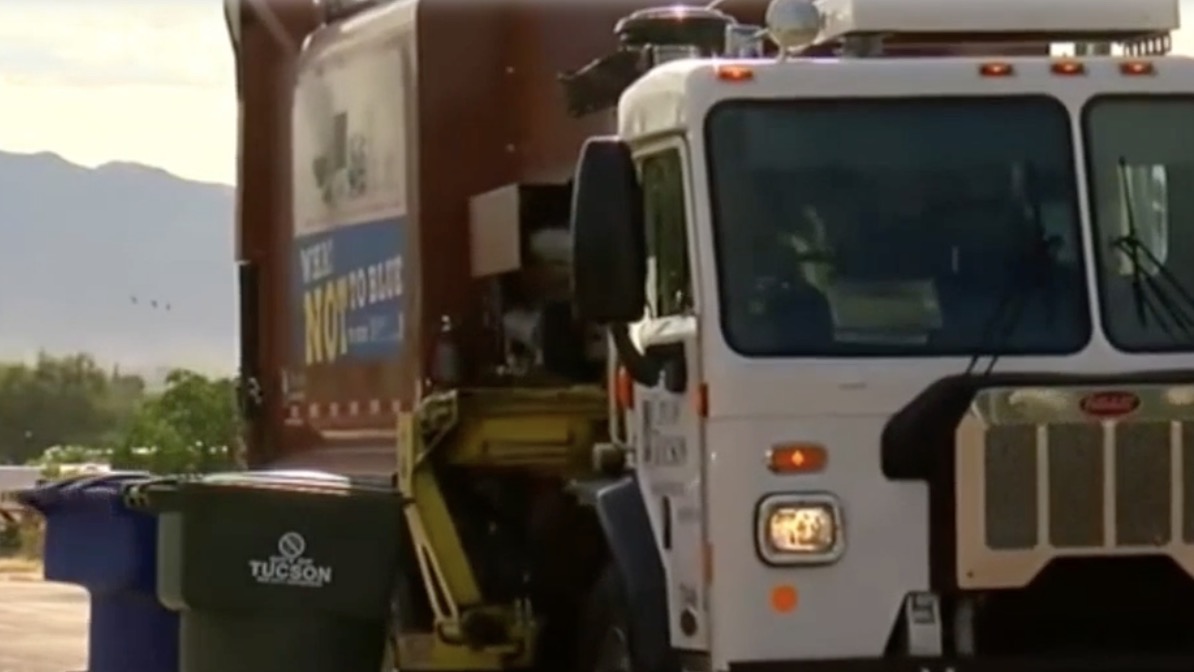 Tucson’s City Council talked a lot of trash recently. “That waste is not a dump anymore, it’s a resource for our community.” Mayor Regina Romero is talking about all of this collected at “Los Reales Landfill” where Tucson’s trash is dumped. She doesn’t want to call it that anymore and the Council agreed, voting to rename it “Los Reales Sustainability Campus.”

“The possibility of reusing other spaces within los reales to grow trees.” Just one goal, Mayor Romero said, to get the city designated ‘zero waste’ by the year 2050. Recycling is another avenue, according to her plan, to reach that goal. Right now, the city says about 17 percent of its waste is recycled.

“We can certainly, maybe, increase that goal to about 35 to 40 percent,” said Carlos De La Torre, from general services with the City of Tucson.

One idea proposed by Mayor Romero’s advisors on climate and sustainability: reducing everyone’s waste bin to one, instead of the two used now. “We have the available land, let’s begin to plan for the use of that land,” De La Torre said.