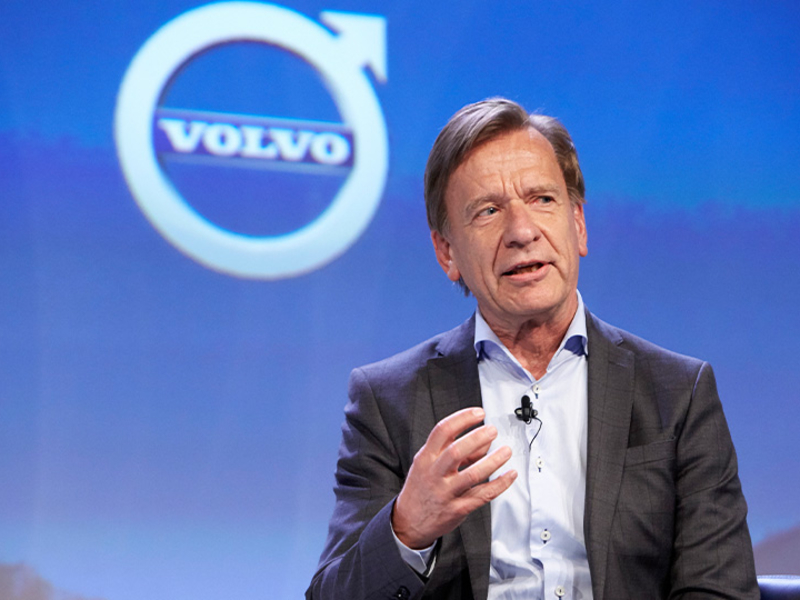 Volvo’s goal to sell 800,000 vehicles globally by 2020 was derailed by the pandemic, but the automaker’s rapid recovery over the last 12 months has put the target within reach again.

“Right now we are on a run rate of 770,000,” Volvo CEO Hakan Samuelsson told Automotive News Europe. “I think we will finish 2021 rather close to the target we set 10 years ago.”

The number Samuelsson references is derived by adding Volvo’s sales from the second half of 2020 with its volume from the first half of 2021, both records for the company, resulting in a total of 772,508.

To put that into perspective, Volvo would need to top its record result from the second half of 2020 by 7 percent, or 27,492 vehicles.

When asked whether missing the 800,000 target in 2020 was disappointing or motivating, Samulesson said he provided wiggle room when he originally made the prediction, saying it could come a year earlier or a year later.

“Now it looks like it will happen a year later, but we have a good reason for this given the impact of the pandemic,” Samuelsson said. “So, I’m not very disappointed. To be honest, it’s great growth.”

The biggest potential roadblock to achieving the target that the CEO sees is the chip shortage.

“It could be that we need to cut our programs because we are more or less in the same situation as everybody else,” he said.

BMW, for instance, warned on July 2 that the chip shortage may lead to further lost production because the crisis shows no signs of abating and supply will remain tight in the second half.

Production was being halted at various sites, either on a daily basis or individual shifts, Milan Nedeljkovic, BMW’s production boss, said, adding that lost output was about 30,000 units so far this year.

Travelling in harmony with nature