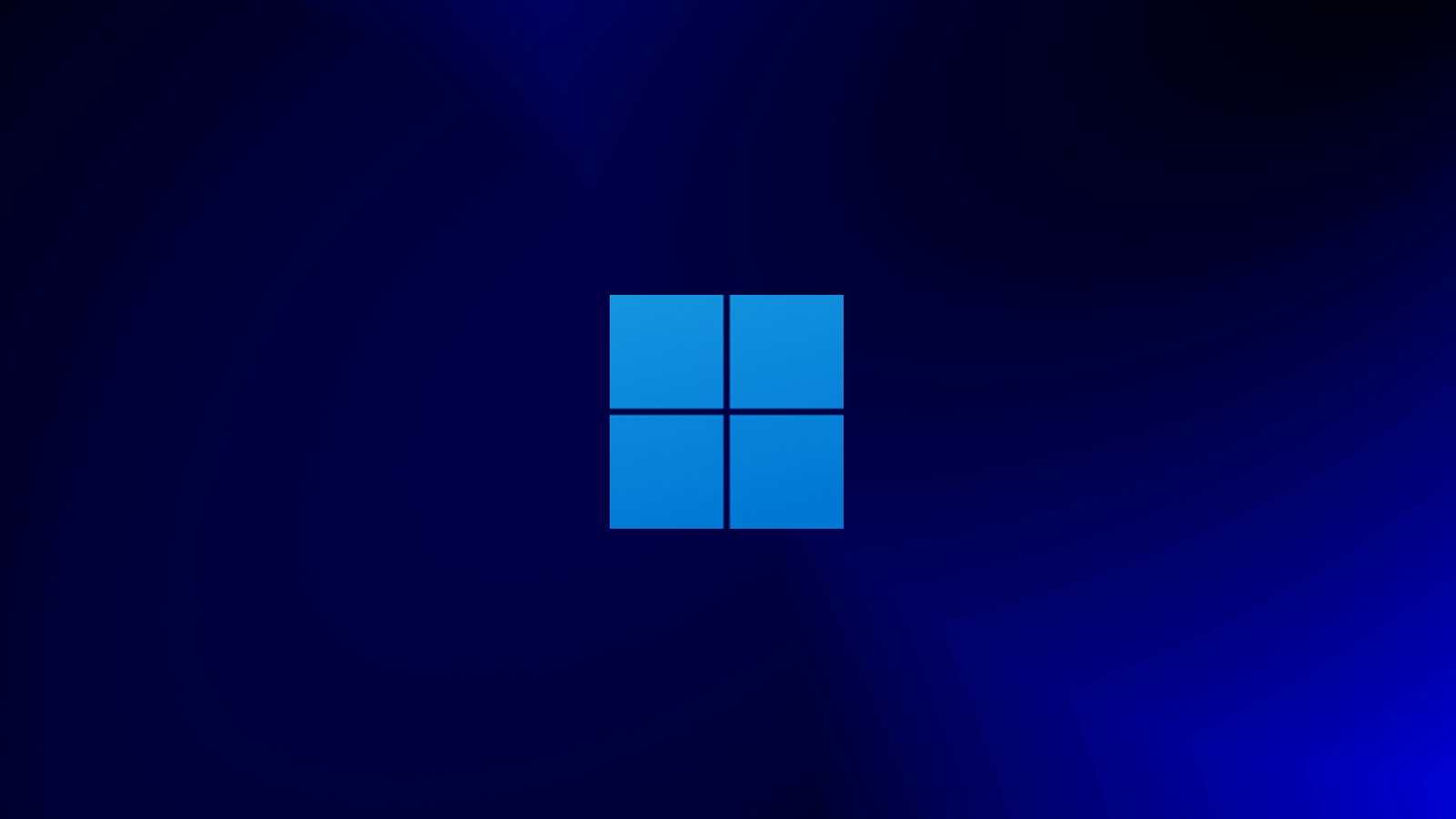 Later this year or early next, Windows 11 will begin rolling out to new and existing devices with a range of new features and major design improvements.

Windows 11 is technically Windows 10 with rounded corners, a new modern design and Fluent icons. Start Menu is also doesn’t come with traditional live tiles and it will show your apps and websites in a grid layout, similar to Windows 10X and ChromeOS.

As it turns out, native Windows apps are also getting a major redesign as part of the new operating system. The new look for native apps was highlighted during the event video and there’s a chance we might see these new apps in the upcoming preview builds.

File Explorer, which has barely changed since Windows 8, is getting rounded corners, new icons and a new header that replaces the current ribbon toolbar. 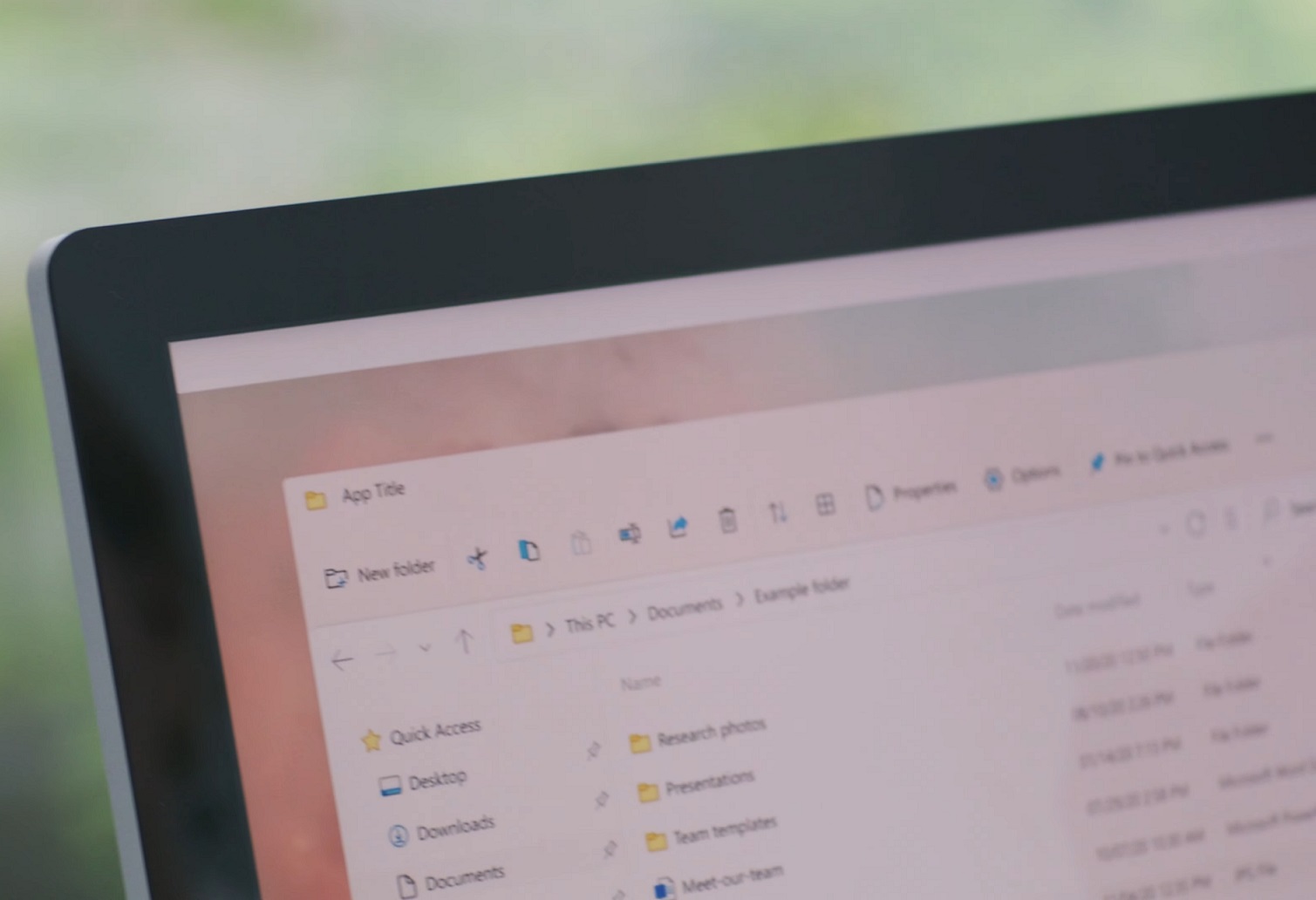 As you can see in the above screenshot, the ribbon toolbar/menu at the top of the window is now gone.

The updated Explorer now features a Fluent Design-like header menu with icons and rounded edges, but the basic functionality of the Explorer remains unchanged.

Microsoft is also updating the native settings app with a redesigned look that features rounded corners, Fluent icons, and a new navigation menu on the left side of the window. 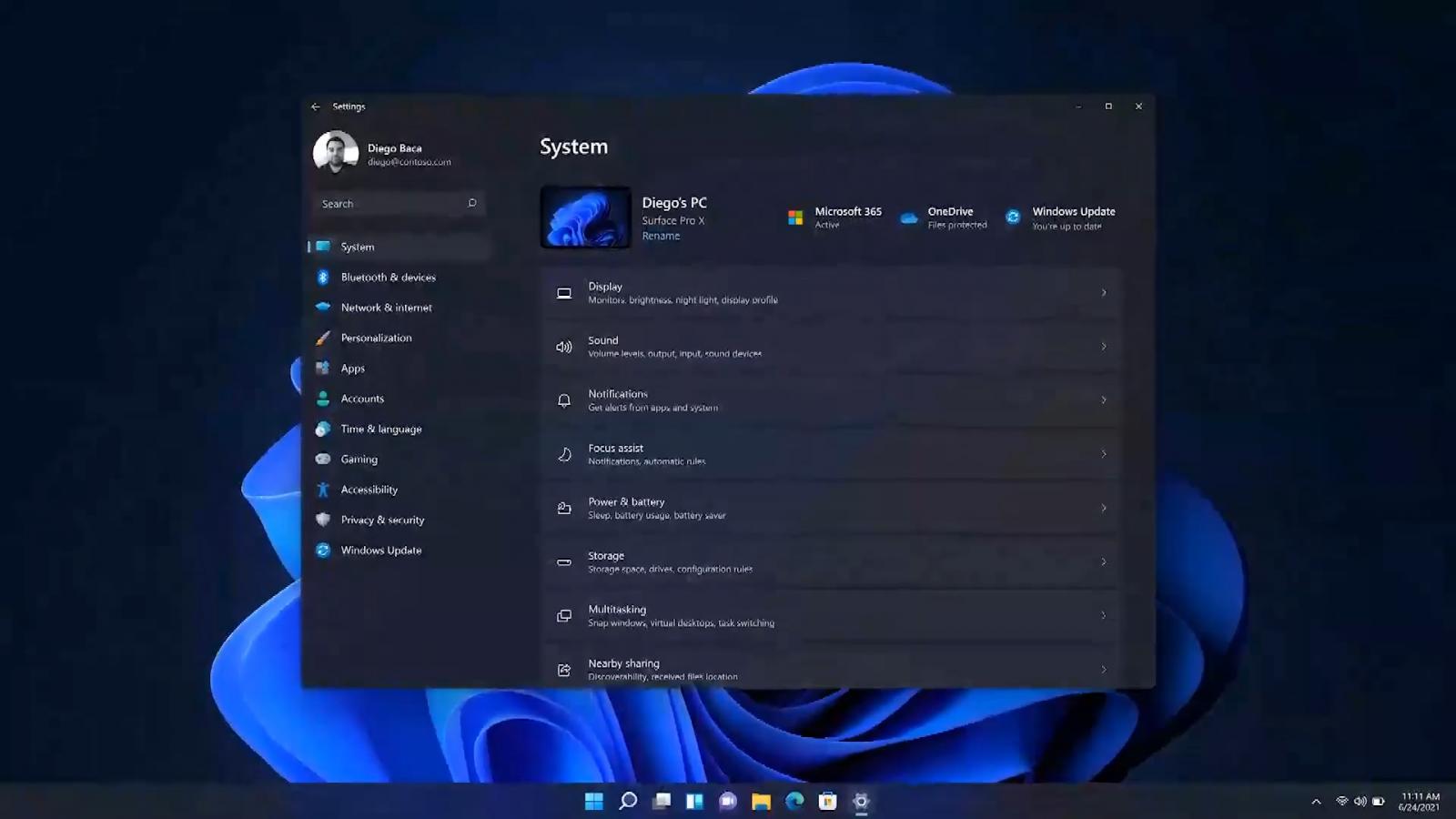 Microsoft Photos is also receiving a new design and it seems to be using WinUI-controls. However, it’s not yet clear if Microsoft is working on any new features for Photos app. 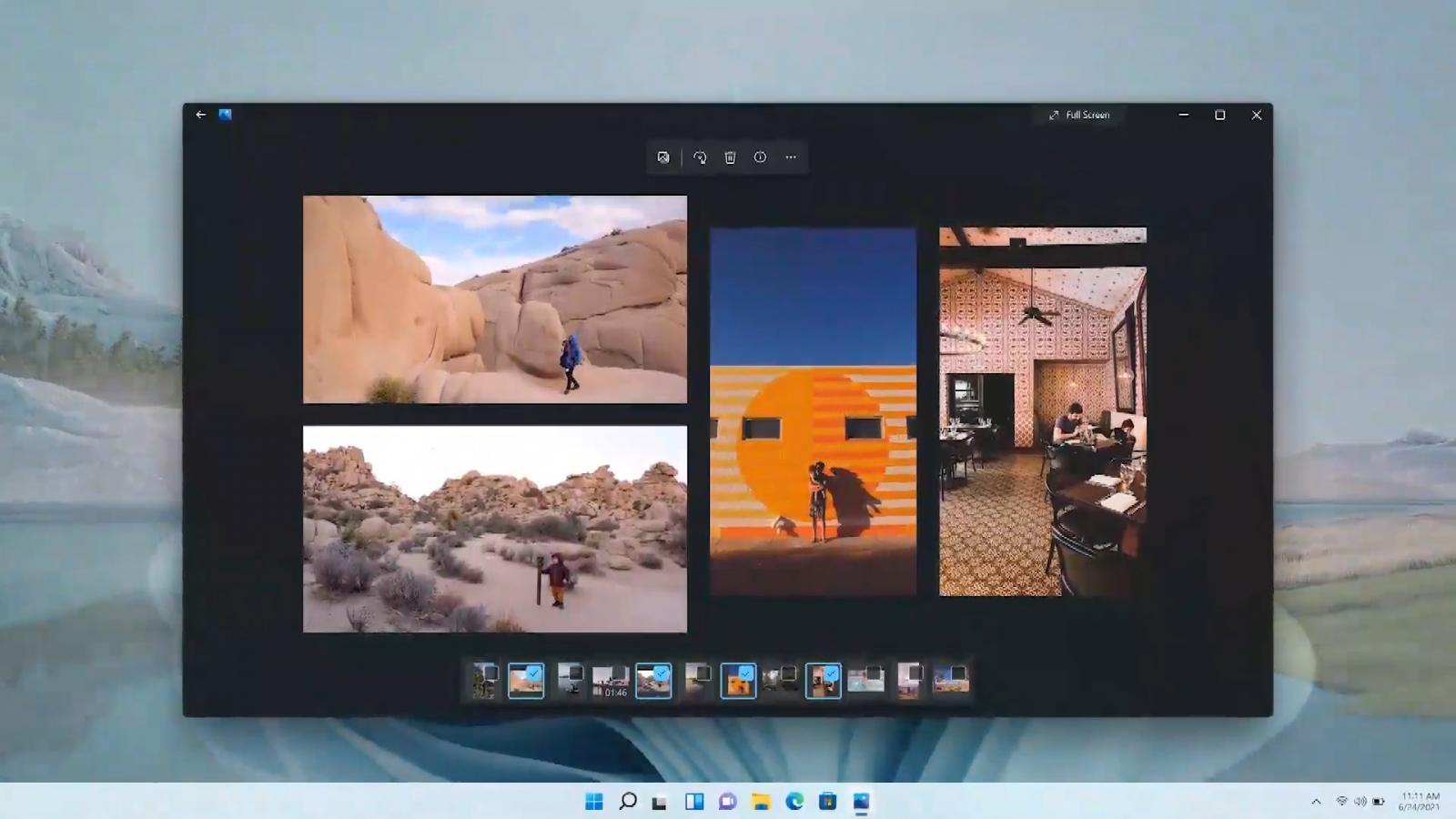 Like File Explorer, Microsoft’s Paint and Notepad are also getting a new header where you can find the brushes, undo, search and other options. 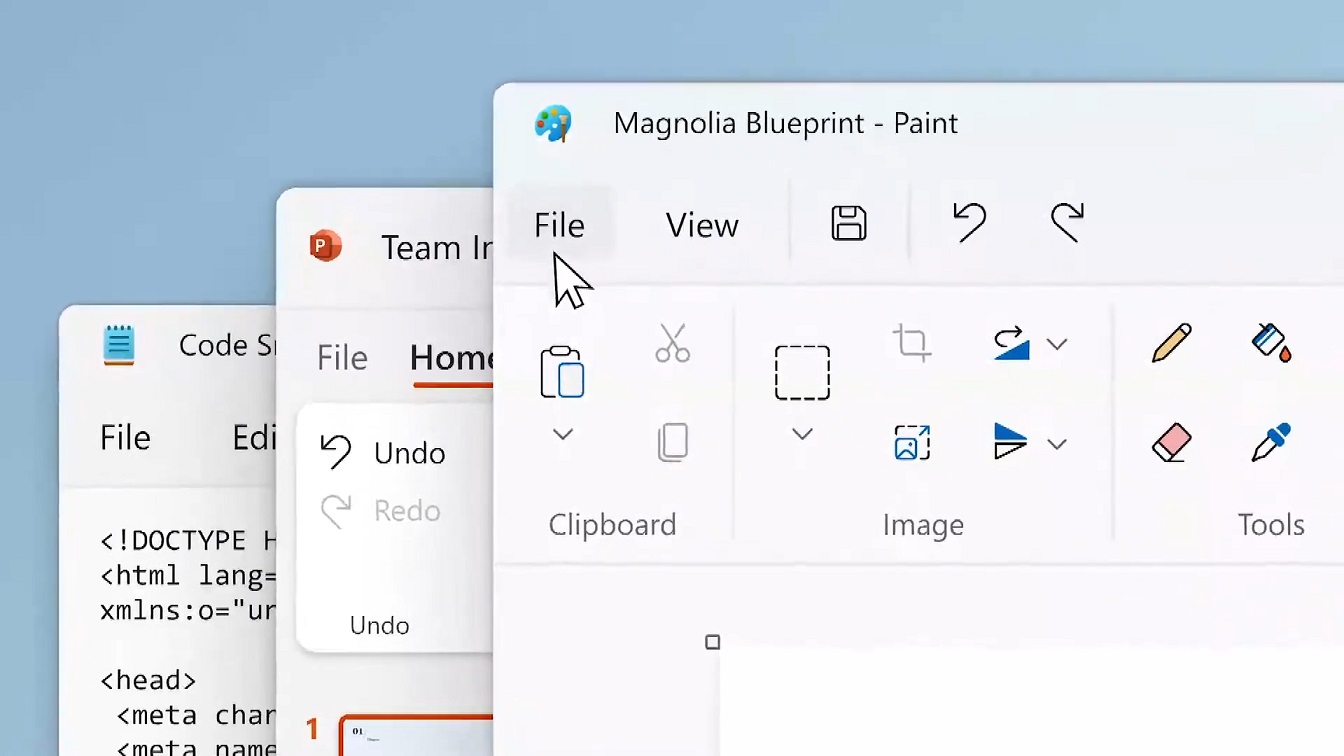 Microsoft Office apps will be updated with the same header menu. In the below teaser, you can see a new look for the current PowerPoint app. The overall design has remained unchanged, but you can easily spot new changes. 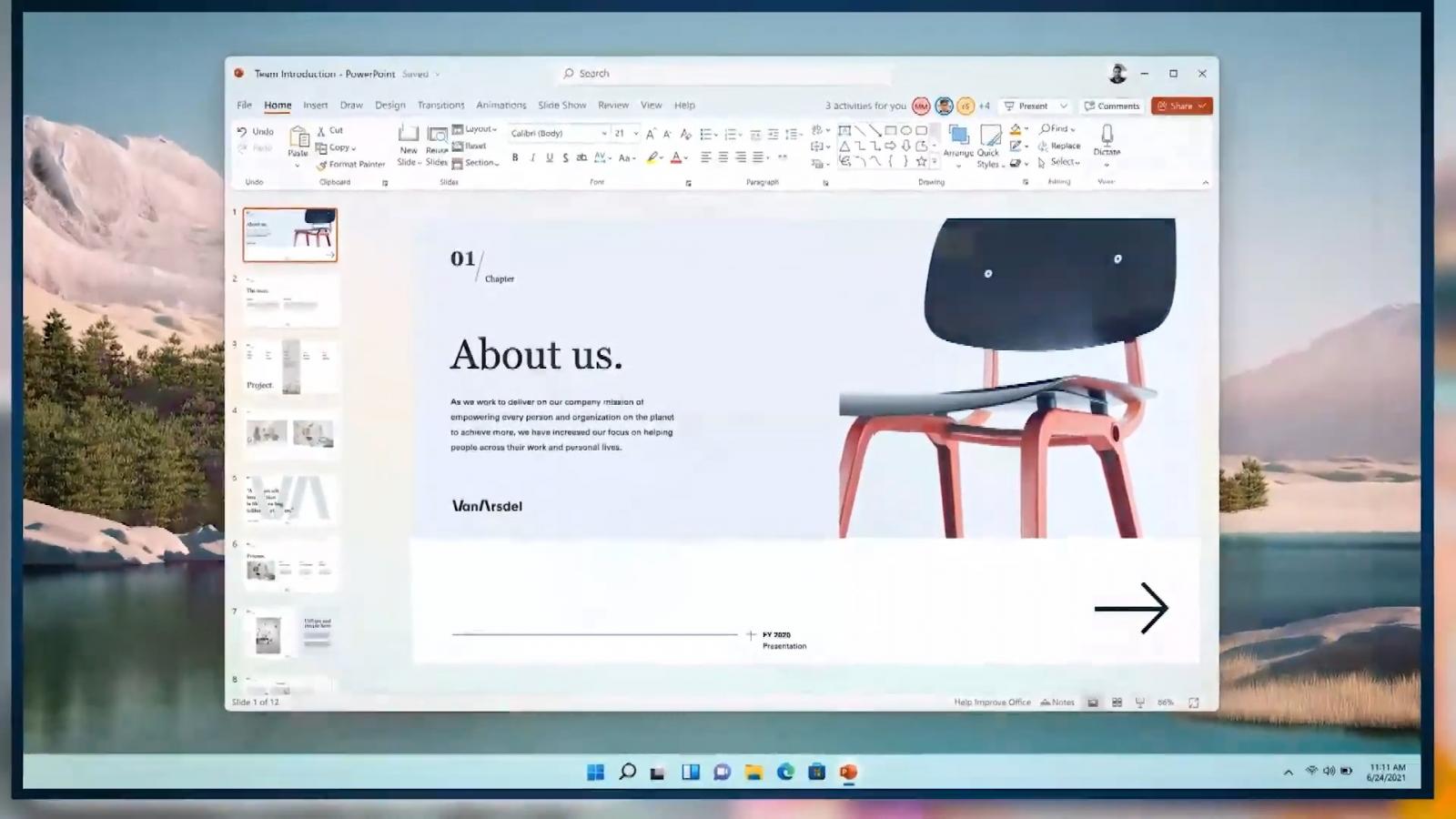 For example, PowerPoint is now using updated icons and rounded corners for options within the new header, similar to other native Windows apps like MS Paint and Notepad.

In addition to these new screenshots, Microsoft has also uploaded a teaser video that gives us a closer look at upcoming improvements.

IT leaders prioritising agile over hybrid working and cloud