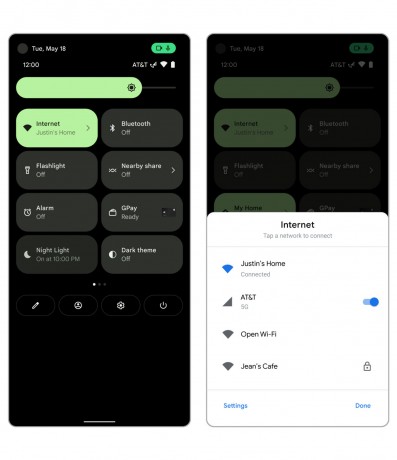 Google has released the second beta version of Android 12, which introduces several key features not found in the first beta. A new “Internet” quick setting consolidates Wi-Fi and cellular connections into one simpler control for Internet connections. Also new are universal, system-wide indicators and toggle controls for the microphone and cameras. It’s now obvious at a glance any time any app is accessing the mic or camera, and such access can be switched off for all apps with one tap. There’s also a new pop-up notification when an app accesses the clipboard and it contains data from another app. Finally, the new Privacy Dashboard offers a timeline view of all recent app accesses to microphone, camera, and location. The beta is intended only for developers and not for anyone’s primary device. Phone Scoop has observed a relatively high level of instability with this particular version installed on a Pixel 5.