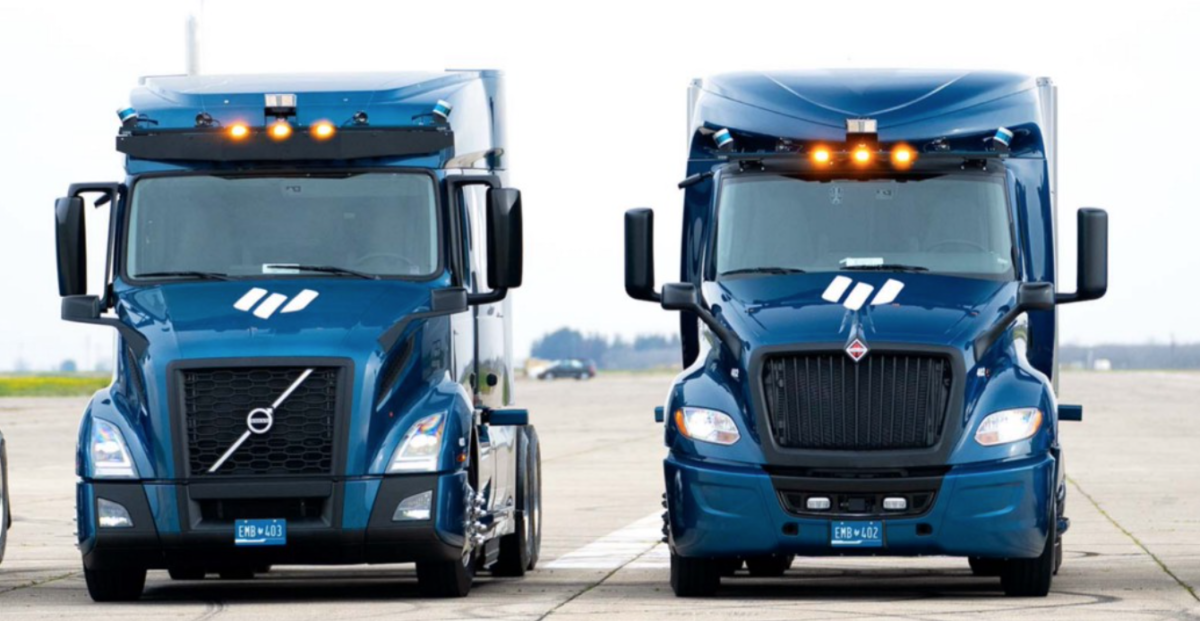 Autonomous trucking platform provider Embark Trucks Inc. got a tank of premium fuel for the company’s growth plans yesterday when it announced plans to take itself public by merging with a special purpose acquisition company (SPAC) in a move that will bring on $614 million in gross cash proceeds to its bank account and support its plan to launch commercial operations in 2024.

San Francisco-based Embark will merge with Northern Genesis Acquisition Corp. II, following an increasing number of startups in the logistics sector that are choosing to go public through getting acquired by SPACs as opposed to launching an initial public offering (IPO) on a stock market.

Part of its proceeds will also be provided through $200 million of private investment in public equity (PIPE) funds provided by CPP Investments, Knight-Swift Transportation, Mubadala Capital, Sequoia Capital, and Tiger Global Management, together with the Northern Genesis management team and its associated institutional investors.

Also Wednesday, the company said that it had added former Secretary of Transportation and Secretary of Labor Elaine Chao to its board of directors. When last in the public eye, Chao had resigned from her post in the Trump Administration cabinet following the violent storming of the U.S. Capitol building on January 6 by supporters of the outgoing president.

According to Embark, it will now continue to follow its partner-oriented business model, offering its autonomous vehicle (AV) software-as-a-service technology to shippers and carriers in the U.S. trucking market. That approach will help the company to scale rapidly and efficiently by integrating into the existing freight logistics ecosystem, Embark said. For example, Embark said in May it would begin a test program hauling loads of office printers for consumer electronics giant HP Inc., following a “middle mile” highway route between Phoenix, Arizona, and Los Angeles, California.

“After many years of R&D on the world’s most mature self-driving truck software stack, we plan to enable carrier operation of self-driving trucks in the U.S. sunbelt beginning in 2024. Following the transaction with Northern Genesis we expect to have a war chest that fully funds this commercialization plan, and then some,” Alex Rodrigues, Embark’s co-founder and CEO, said in a release.

As the company prepared to accelerate its development, Rodrigues cited three main goals for the application of its self-driving truck technology. In a memo to employees, he said that by commercializing autonomous long-haul trucks, Embark could: improve highway safety by reducing dangerous vehicle crashes, relieve the trucker shortage by shifting driver jobs to higher quality short-haul routes, and shrink the environmental impact of transportation by moving goods faster and more efficiently than human-driven trucking.

Of course, Embark will not be alone in pursuing those aims. Other autonomous truck technology providers preparing to launch production include TuSimple in 2024 and Plus in 2021.

Investors back fulfillment startups as pandemic e-commerce boom rolls on