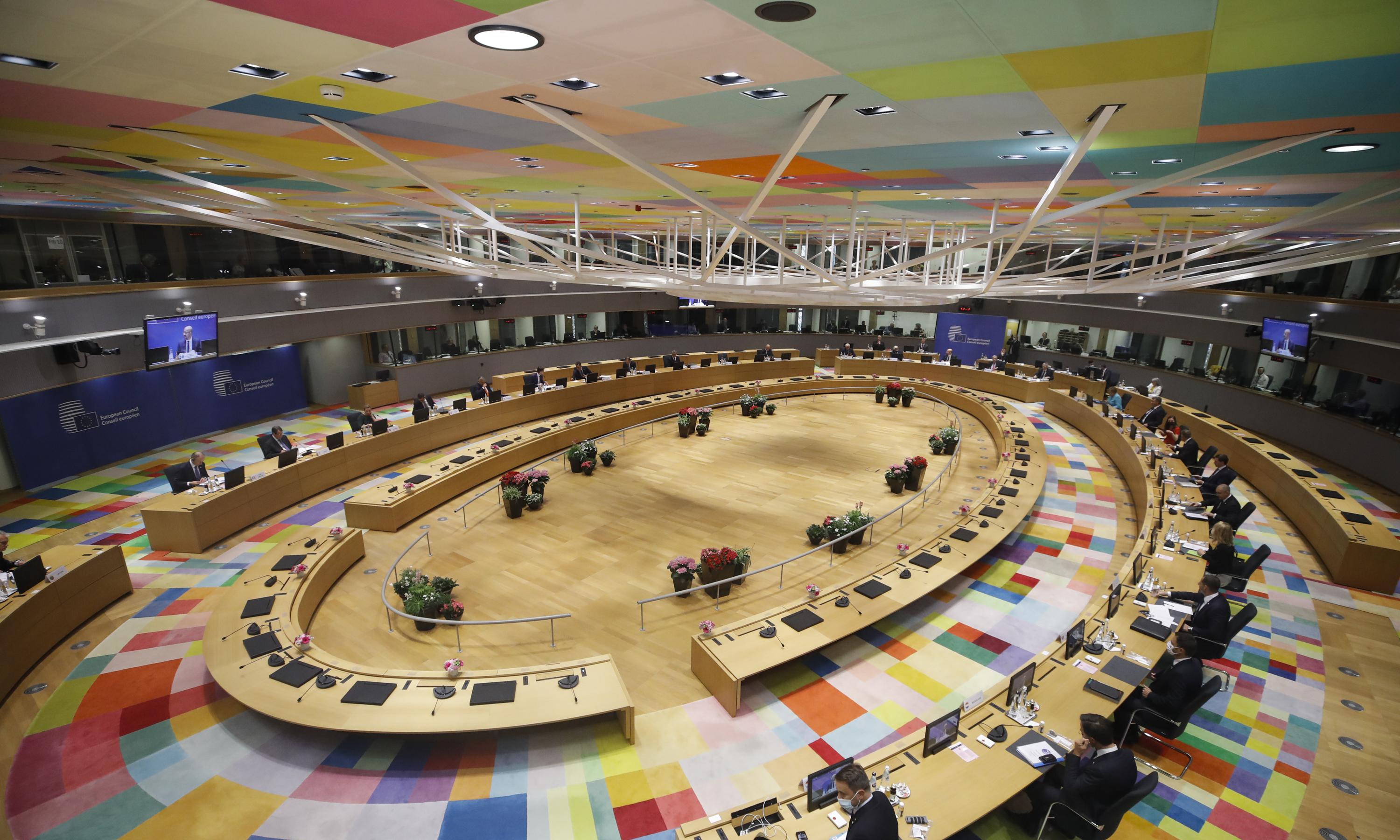 BRUSSELS (AP) — European Union leaders pushed ahead Thursday with plans to outsource the bloc’s migration policy challenges by spending billions of euros to improve cooperation from countries that people leave or cross when they set out for Europe.

Long unable to agree on who should take responsibility for migrants when they come and whether other members of the 27-nation EU should be obliged to help, the leaders focused instead on how to prevent people from arriving in the first place.

At their summit in Brussels, they said that “mutually beneficial partnerships and cooperation with countries of origin and transit will be intensified.” No countries were named but the focus is on northern Africa, from where many migrants set out on dangerous voyages across the Mediterranean Sea to seek a better life or sanctuary in Europe.

“The approach will be pragmatic, flexible and tailor-made,” the leaders said, and will make use of all available “instruments and incentives” to persuade the countries to cooperate. Their summit statement was prepared by envoys in advance and was subject to almost no discussion Thursday.

In it, they invited the EU’s executive branch, the European Commission “to make the best possible use of at least 10% of the NDICI financial envelope, as well as funding under other relevant instruments, for actions related to migration.”

The money could be used to tackle the root causes that drive people to leave, support refugees and displaced people, build capacity to help countries better manage migration, crack down on human smuggling and boost border controls.

The arrival of well over a million migrants in 2015, many fleeing conflict in Syria and Iraq, overwhelmed reception capacities in Greece and Italy. It sparked perhaps the EU’s biggest-ever political crisis, and disputes over responsibility and solidarity continue today.

The commission unveiled a vast reform of Europe’s woefully inadequate asylum system in September last year. EU member countries have endorsed parts of the package but they are unable to resolve the issues at the heart of their standoff.

Migrant arrivals dropped to a relative trickle after the EU sealed a deal in 2015 to convince Turkey to stop people from leaving its shores for the Greek islands, and member countries are trying to replicate that model in northern Africa.

Despite the significant drop in unauthorized migrant entries, the leaders said, “developments on some routes give rise to serious concern and require continued vigilance and urgent action.”

The EU’s border and coast guard agency, Frontex, said Tuesday that 47,100 “illegal border crossings” were made into Europe in the first five months of this year, an increase of 47% for the same period last year, when arrival numbers were significantly down due to the coronavirus pandemic.

Frontex said that many of the people crossing the central Mediterranean were Tunisians or from Bangladesh. Algerians and Moroccans made up the bulk of people arriving via the western Mediterranean route.

Raphael Shilhav, a migration expert at the charity group Oxfam, said the leaders should have used their summit “to discuss creating fair and efficient asylum processes, improve the shameful conditions in EU reception centers and end the violent pushbacks” — the illegal expulsion of migrants from a country before they can seek asylum there.

“EU leaders must not turn the issue of human rights into political bickering and must instead focus on helping people seek safety,” he said.

The Case for Indexing the Gas Tax Blog