In a blog post, Microsoft announced new photo editing and management features coming to the OneDrive service, including the web and mobile apps.

Features rolling out now include the ability to crop, rotate and adjust the light and colour of your photos on OneDrive.

Microsoft is also launching new ways to organize and view your photos on OneDrive for Android.

Microsoft is also planning a number of new enhancements to photos over the next year, some of which are detailed below:

Sometimes you just need to trim out unwanted parts of an image to bring more focus to your subject. Now you can easily crop to standard image sizes for your social media apps with our built-in presets, or you can go free-form and crop your image exactly the way you want. These preset ratios are perfect for when you want to share a picture in your social stories, create a new profile image or even a banner.

Microsoft’s rotation feature makes it simple to rotate left and right by 90 degrees or flip an image by 180 degrees. Microsoft has also added incremental degree rotation, so you can easily straighten out those slightly tilted pictures.

Have you ever noticed how satisfying it is to adjust the light and colour saturation of your images? There’s no better feeling than watching an image transform from muted colours and low contrast to richly coloured and stunning. Now it’s easy to make those transformations with adjustments for brightness, exposure, contrast, highlights, shadows, and colour saturation. Once you’re done with the enhancements, admire your artistry by tapping and holding on the image to compare the new version with its original.

When you make edits to photos on OneDrive you’ll have the option to save the changes as a new image or overwrite the original image. And if you accidentally overwrite your original, you can use version history to recover it.

Cast it to the big screen with Chromecast 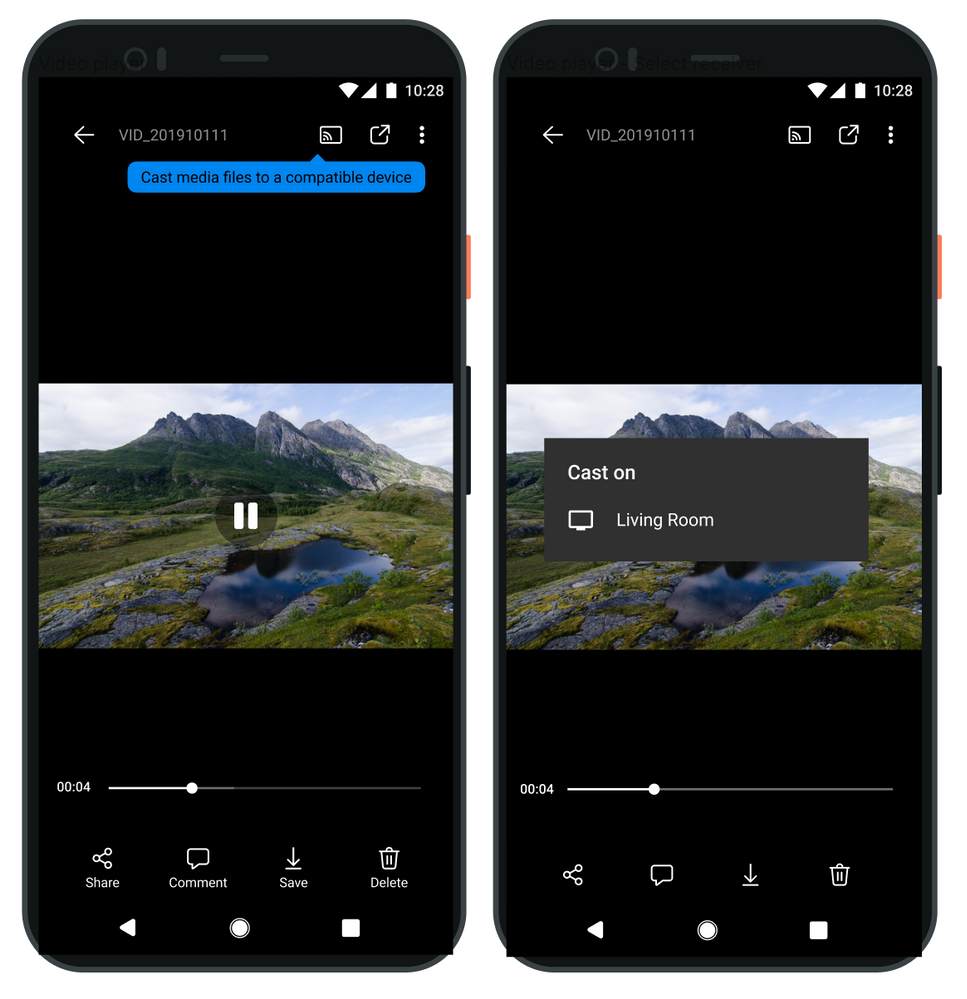 Organize your photos by date and source

Microsoft is making it easy to organize your photos. Many of us save images to OneDrive not just from our phone’s camera, but also from sources like text messages, social media, WhatsApp, and screenshots. To help keep these better organized, Microsoft is soon introducing a new setting that creates folders based on the upload source. Images from those sources are automatically added to their respective folders. And if you like to keep images organized by date, you can group your images by month and year. Microsoft expects this feature to ship within the next two months on OneDrive for Android. 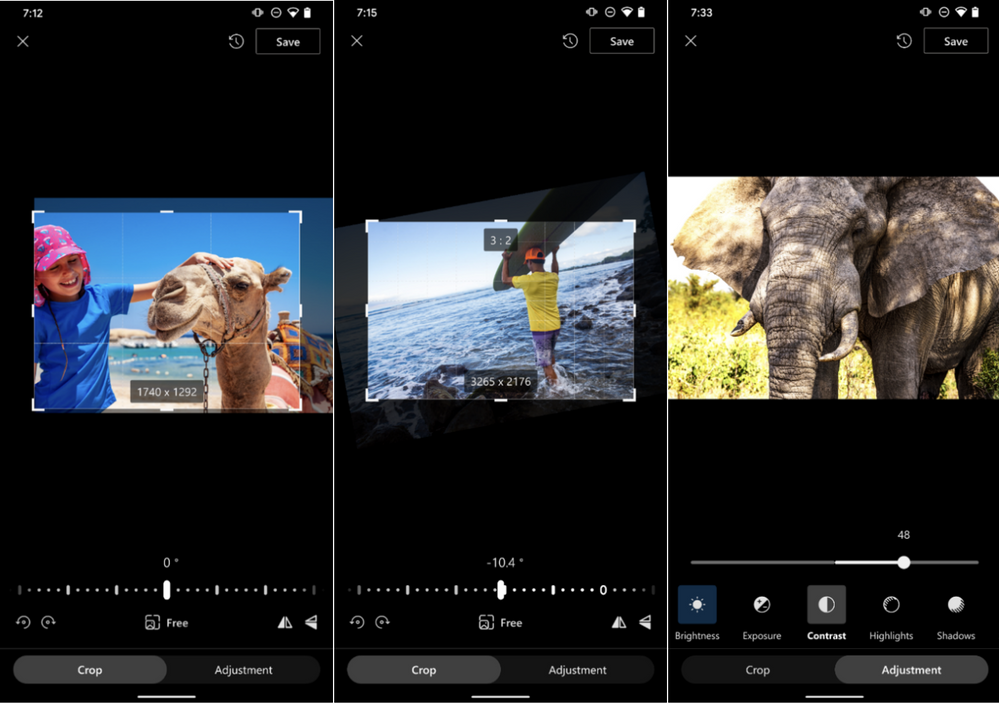