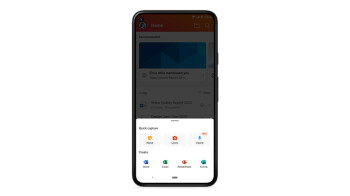 Microsoft rolled out important new features to Office Mobile in the last month. After getting full-fledged dark mode support back in May, the Android version of Office Mobile is now gaining yet another new feature: the ability to capture voice recordings.

As the name suggests, the new feature lets Android users go beyond simple voice memos, with live speech-to-text transcription. The implementation includes additional benefits like synced text highlighting during playback and the ability to share content by exporting it to other Microsoft 365 apps and services.

Only for Microsoft 365 subscribers, the new feature allows for partition and transcription of the input from different speakers based on their identity. Here is how the new feature works:

Microsoft announced that the ability to capture voice recordings is now rolling out to users of the Office Mobile for Android with English (US) selected as their language and country/region.