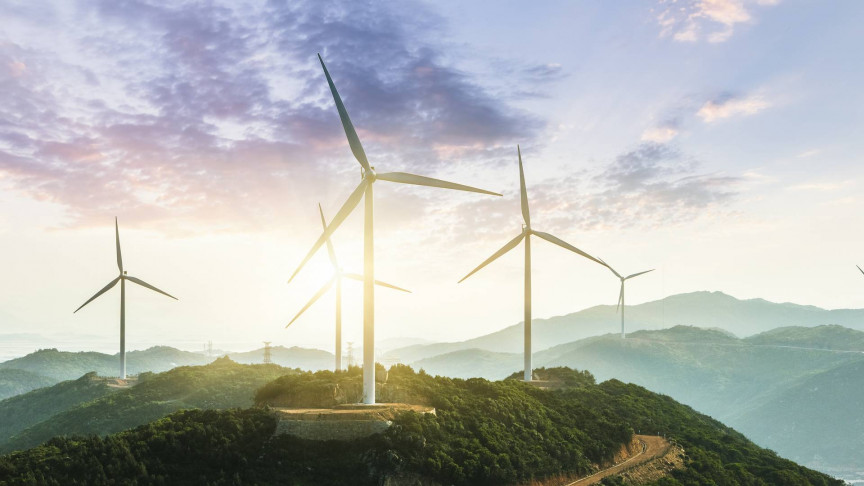 Wind power is increasingly becoming a revered source of energy with wind farms popping up all over the world. But, if you want to get the most out of your wind farm, you may not want to have too many wind turbines, according to a new study.

A team led by Dr. Naveed Akhtar from the Helmholtz Center Hereon has found that wind speeds at the downstream windfarm are significantly slowed down by the close proximity of wind turbines, according to a press release.

Their study, published in the journal Nature Scientific Reports, reveals that this braking effect results in large-scale low wind patterns noticeable in mean wind speeds. The researchers note that the output of neighboring wind farms can be reduced by as much as 20 to 25 percent.

Using the computer model COSMO-CLM, which is also used by weather services, Akhtar and his team calculated the wind speed over the North Sea for the period from 2008 to 2017 covering a range of different weather conditions.

“The results clearly show that we will face a large scale pattern of reduced wind speed, which show largest extensions during stable weather conditions, typically the case in March and April. In stormy times, on the other hand – especially in November and December – the atmosphere is so mixed that the wind farm wake effects are relatively small,” wrote the researchers in their press release.

To verify their results, the team further compared the simulations with wind measurements from 2008 to 2017 from two research platforms in the North Sea.

“Conventional flow models for analyzing wind farms have a very high spatial resolution, but only look at a wind field over a short period of time,” Akhtar explained. “In addition, these cannot be used to determine how a wind farm changes the air flow over a large area.”

What Akhtar and his colleagues concluded was there was a reason for concern if building power turbines too close to one another. The study is noteworthy as wind power gains popularity.

Engineers behind this project and other wind farms need to take into consideration at what distance they plan on building the wind turbines in order to optimize efficiency and reduce costs of operation and their impact on the environment.