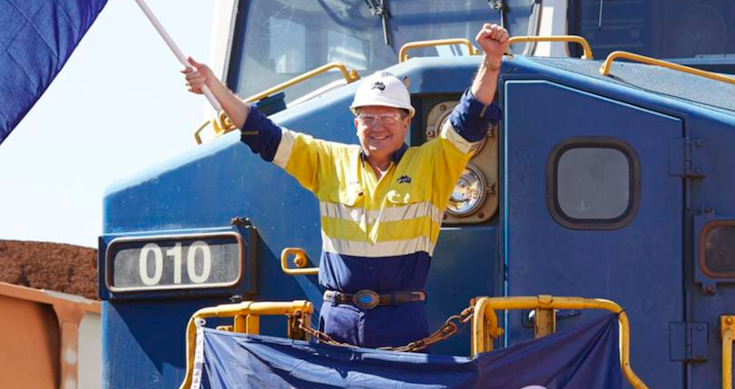 As expected 20220-21 saw a collection of records for Fortescue Metals Group that will not be replicated in coming years.

So good was the year that the company almost double underlying earnings from the previous year as iron ore prices hit all time highs in the final quarter of the year to June.

Thanks to record iron ore prices and demand in the year to June, the company earned a record net profit of $US10.3 billion ($A14.1 billion).

That was on revenue of $US22.3 billion (just over $A30 billion) which was 74% higher than the previous year.

As a result the company will pay a record final and full year dividend totalling $A11 billion.

Major shareholder, Andrew Forrest, the company’s founder and chair will get 36% of the record dividend or $3.96 billion.

The company reported underlying earnings before interest, tax, depreciation and amortisation (EBITDA) of $US16.4 billion ($A22.4 billion), 96% higher than 2019-20 with the Underlying EBITDA margin increasing to 73% (higher than the banks).

The company will pay a fully franked final dividend of $A2.11 per share, increasing total dividends declared in FY21 to an all-time record of $A3.58 per share.

As previously revealed, exports totalled a record 181.1 million tonnes and the company’s average price was $US135 a tonne (about $A184 a tonne).