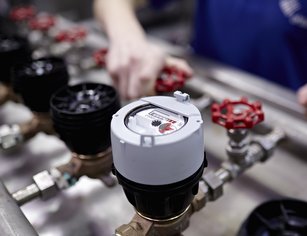 Smart Metering stated it had entered into an agreement with a “large energy supplier” to fund and provide services for the installation of “at least” 400,000 domestic smart meters, increasing SMS’ contracted smart meter order pipeline to 2.75m meters and adding to the group’s existing £84.2m long-term indexed-linked annualised recurring revenues.

The AIM-listed group added that from its 470-megawatt grid-scale battery pipeline, it had acquired 190mw with 280mw remaining under exclusivity, with the group stating that it had now secured a further 50mw project which was previously under exclusivity, increasing its secured pipeline to 240mw.

“Grid-scale batteries are critical to balancing the increasing volume of intermittent renewable generation and to further accelerate the adoption of renewables. Our long-standing experience in the design and delivery of large-scale electrical infrastructure projects and asset management positions us extremely well for this long-term attractive asset class.”

Invitation to presentation of Sectra’s three-month …

Updated Renault Trafic goes on sale in the...